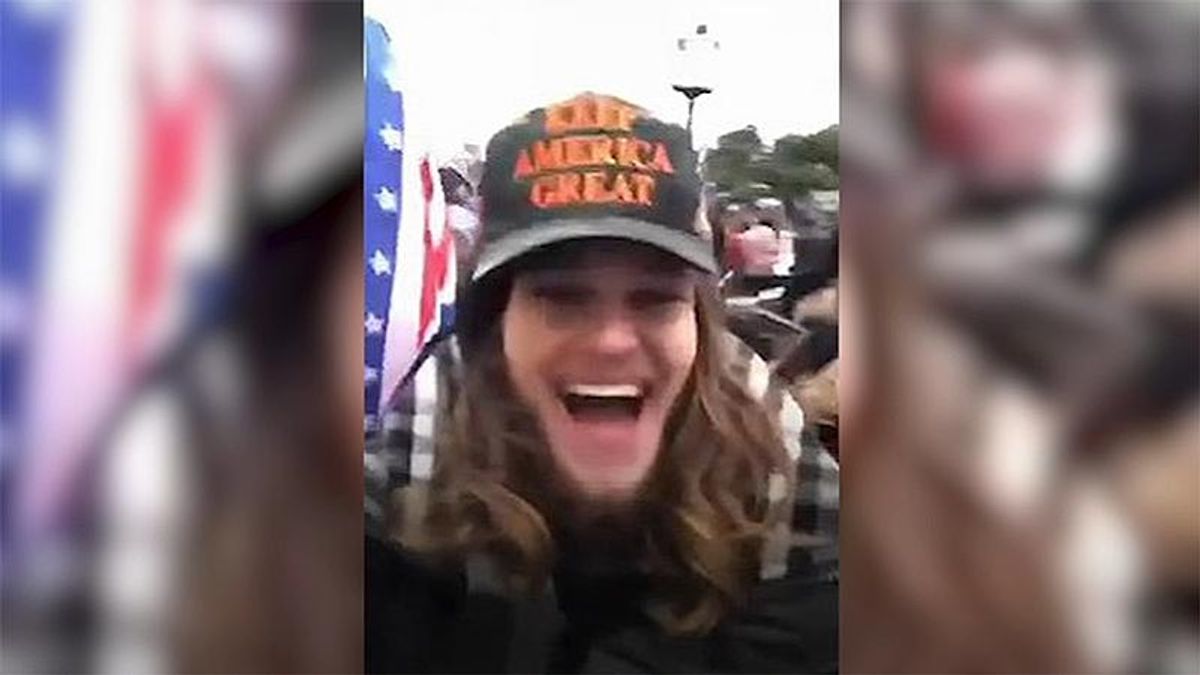 Christian Kulas was arrested by the FBI today in connection with the January 6 insurrection with the help of social-media images showing him smiling in selfies from the Capitol.

Kulas apparently was a bit more somber during a telephone hearing before a U.S. judge following the arrest. Still, it was conducted virtually from surroundings more comfortable than a federal courthouse.

Here's how WGN9-TV in Chicago reported it:

"A 24-year-old man from one of Chicago's most exclusive and wealthy suburbs is charged with illegally entering the United States Capitol and engaging in disorderly conduct on January 6.

"Kulas' mother agreed to be responsible for her son returning for upcoming court appearances.

"Yes, I understand I must listen to everything my mother says your honor," Christian Kulas told the judge during a hearing conducted by phone Tuesday.

"Attorneys indicated Kulas would be staying at his parents' home in Kenilworth. Public records indicate it is $4.5 million mansion that sits on a bluff overlooking Lake Michigan. His father agreed to remove two guns from the premises.

"Records indicate Christian Kulas is the son of Mark Kulas who owns Kulas Maids, a company that provides residential and commercial cleaning services across the north and northwest suburbs."

The FBI received multiple tips about Kulas after images and video of him January 6 at Donald Trump's rally and inside the Capitol appeared on Instagram and other social media, its criminal complaint states.

Along with the fashion commentary, the FBI report alleges that Kulas can be heard saying, "Storming the Capitol." It also stated that Instagram photos of Kulas had appeared on a "social media service," prompting this:

Apparently, she's part of the story going forward, as well.

Kulas is charged with unlawful entry and disorderly conduct. WGN9-TV reported the charges "are both misdemeanors punishable by a maximum of 1 year in prison although supervised release is also a possible punishment."