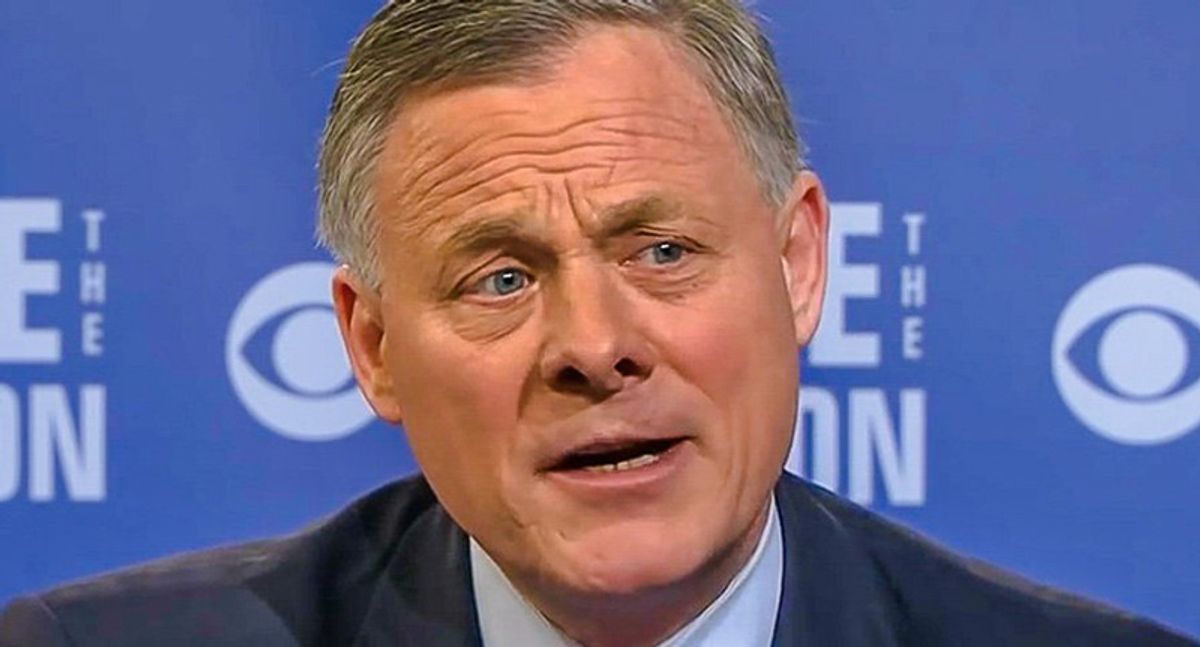 Senator Richard Burr cast an unexpected 7th Republican vote to convict Donald Trump Saturday, but if his North Carolina homies were caught off guard, they sure didn't show it.

The paper cited a statement from the state GOP chairman, Michael Whatley:

"North Carolina Republicans sent Senator Burr to the United States Senate to uphold the Constitution and his vote today to convict in a trial that he declared unconstitutional is shocking and disappointing."

Others jumped on the pile quickly.

"Former U.S. Rep. Mark Walker, who is running for the retiring Burr's seat in the 2022 election, sent out a fundraising appeal immediately after Burr's vote. 'Wrong vote, Sen. Burr. I am running to replace Richard Burr because North Carolina needs a true conservative champion as their next senator," Walker tweeted."

And there was this from the House side of Congress, the Observer reported:

"U.S. Rep. Dan Bishop, a Charlotte Republican, said in a tweet that he supported the immediate censure of Burr. Burr, 65, is in his third term as a senator after serving five terms in the U.S. House. He hasn't been seen as a moderate, unlike several of the other Republicans who voted to convict.

"And Burr voted twice against holding the trial on constitutional grounds. But once the Senate voted to hold the trial, he said, he considered the merits of the case as an impartial juror.

"The evidence is compelling that President Trump is guilty of inciting an insurrection against a coequal branch of government and that the charge rises to the level of high Crimes and Misdemeanors. Therefore, I have voted to convict," Burr said in a statement after the vote.

There was this, however:

"Others were more complimentary of Burr's decision. Burr defeated Democrat Deborah Ross in his 2016 re-election bid, but Ross — now a first-term member of the U.S. House — said: "I applaud Senator Burr for voting his conscience."

Burr, 65, announced earlier that he wouldn't seek reelection during his 2016 successful campaign against Ross. He will have served 18 years in the Senate when he retires next year, after a 10-year career in the House.