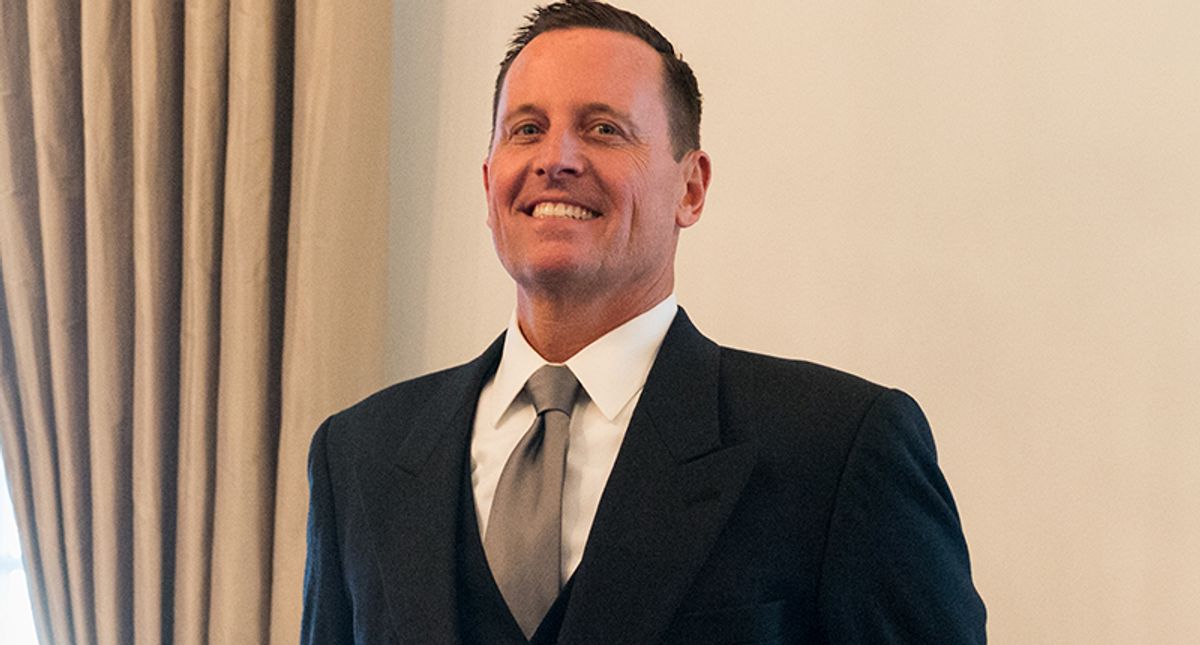 Berlin, Germany, 2018-05-08: The new ambassedor of the USA in Germany, Richard Allen Grenell, poses for photographers after having presented his credentials at the Bellevue Palace in Berlin

No state should have all the Federal jobs. If DC becomes a state then the federal government must move out of DC a… https://t.co/pTH9dKNWgS
— Richard Grenell (@Richard Grenell)1619017293.0

DC statehood has always been a problem for those nearly 700,000 residents who live in its borders and pay taxes but aren't given representation in Congress. It became an even greater point of contention during the Jan. 6 insurrection at the U.S. Capitol. Mayor Murial Bowser requested help from the National Guard ahead of the rally, but when the violence began, it took several hours for the guard to be deployed to the Capitol. Bowser had to call Virginia and Maryland and beg for help from their governors because the federal government is in charge of the D.C. guard because D.C. isn't a state.

The problem with Grenell's statement is that while D.C. might be the seat of the three federal branches of government, the actual employees of the federal government are located out in the other 50 states and 16 territories.

According to the ClearenceJobs website, "as of the end of February 2019, the total [people federally] employed was 2,050,936. Of this number, about 85 percent are employed in locations outside of Washington, D.C; 36 percent of these employees live in rural areas." They list the top ten federally employed states as:

It drew a lot of mockery from those on Twitter observing the ignorance. Some kindly welcomed him to the DC statehood movement. See the comments below:

Good news, DC doesn't have all the Federal jobs. Thanks for your support of DC statehood!
— Zachary Pleat (@zpleat) April 22, 2021

You are still just as useless as you were as an ambassador in Germany. They're still laughing about you
— Resistor the Resister (@Countermotion45) April 21, 2021

Imagine having worked in the federal government and not knowing that national parks, military, VA, and hundreds of other departments operate outside DC with thousands of federal employees.
— Tyler King (@TylerAKing) April 22, 2021

I didn't realize I had to go to DC to visit Yellowstone or mail my packages. Makes it kind of hard for our smoke jumpers get on a fire in a timely fashion if they have to come all the way from DC. Must be pricey to send out trail crews from DC to western states every day.
— MtnGrl 🏡 (@MtnGrl4) April 22, 2021

You half-wit. There are federal agencies and offices and employees in all states.
— Michael J. Stern (@MichaelJStern1) April 22, 2021

not the brightest light in the harbor huh? It's ok, not everyone can be on the right side of the IQ bell curve.
— Jim "Fully Vaccinated" Collins 🌹 (@jimcollins) April 22, 2021