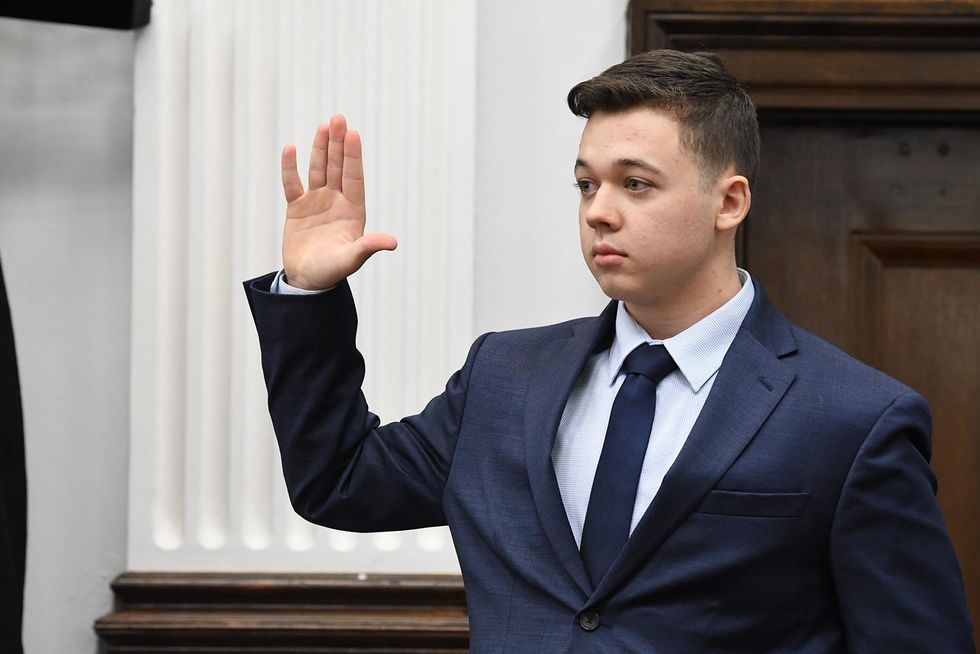 Kyle Rittenhouse is sworn in to testify during his trial at the Kenosha County Courthouse on Nov. 10, 2021, in Kenosha, Wisconsin. - Mark Hertzberg-Pool/Getty Images North America/TNS