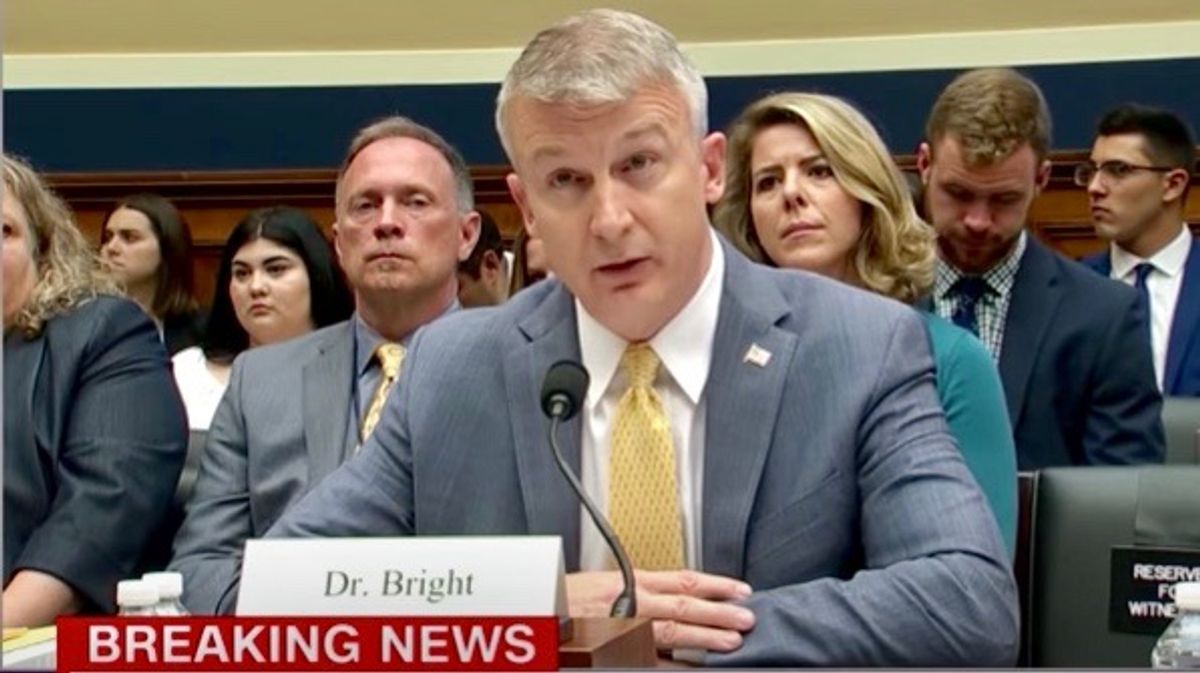 Dr. Rick Bright filed a whistleblower complaint after he was retaliated against for refusing to promote the drug hydroxychloroquine at President Donald Trump's urging. Bright also revealed publicly that the Department of Health and Human Services was asked to justify injecting disinfectants after Trump's statement that it would cure COVID-19. Now, the Office of the Special Counsel officially agrees that Trump's administration retaliated against Dr. Bright after the complaints.

During testimony before a House committee, the former director of the Biomedical Advanced Research and Development Authority testified that he told superiors at the Department of Health and Human Services that there was a desperate need for personal protective equipment to combat COVID-19.

In an Oct. 2020 interview with CNN's Jake Tapper, Dr. Bright revealed that he got a call from the White House saying that they needed to find a way to inject disinfectant into people. Bright said he was "horrified. That wasn't a joke." The moment came after Trump announced in a press briefing that people should put a UV light "under the skin" to kill the virus or inject disinfectants like Lysol or bleach. Trump's announcement resulted in an increase in poisonings across the country.

"Bright also disclosed concerns about the government's pandemic response and about influence exerted by political and industrial interests on BARDA and HHS, both before and during the pandemic," said the statement from the OSC. "After Dr. Bright's disclosures, HHS reassigned Dr. Bright to a non-supervisory position at the National Institutes of Health."

After a long lawsuit alleging retaliation for speaking out, Dr. Bright got a settlement from the U.S. government.

"I am pleased that HHS and Dr. Bright were able to reach a settlement and move forward on agreeable terms," said special counsel Henry J. Kerner. "OSC takes seriously its role in investigating allegations of prohibited personnel practices. A settlement in this matter is a good outcome and a testament to OSC staff's diligent work in helping facilitate a resolution."

Read the full settlement from the Office of the Special Counsel here.