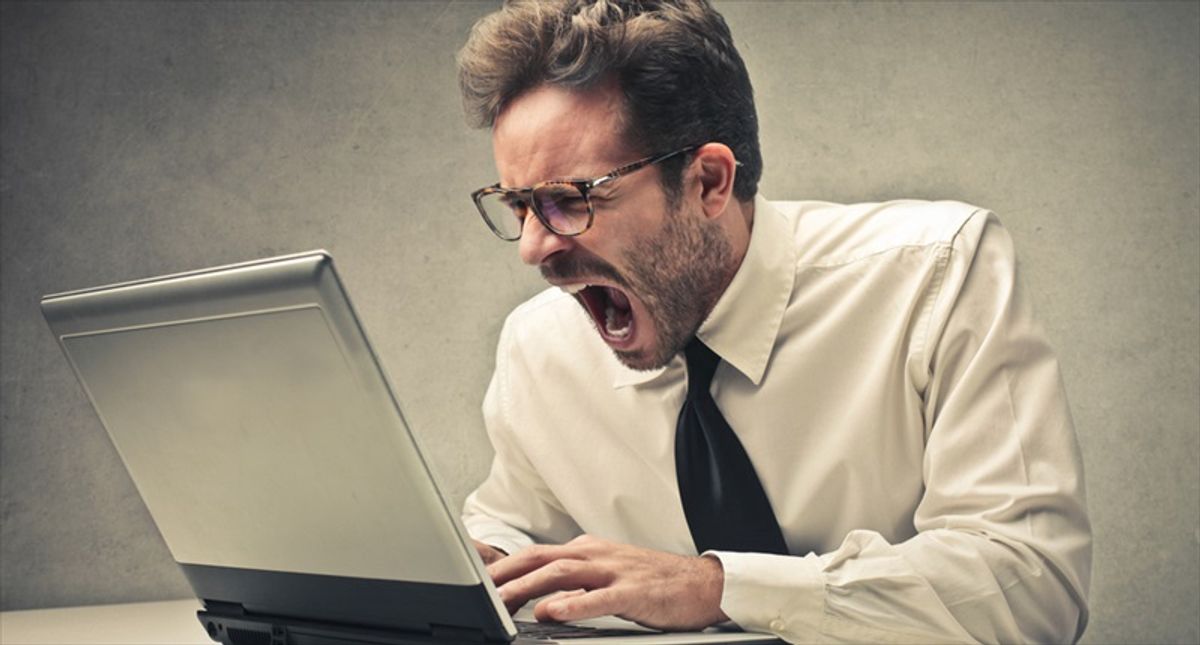 The story itself was well-crafted but dispassionate: Peterson simply laid out the landscape for a possible return of ERA under a Democratic Congress:

"Last month, a bipartisan group of lawmakers in both chambers introduced a resolution to eliminate the deadline for state ratification of the ERA, which would write into the Constitution that the federal and state governments can't deny or abridge equality of rights based on sex. The ERA has been approved by 38 states, reaching the three-fourths threshold required for ratification, but three of those occurred decades past the original set of deadlines."

That's enough to cause many men to fly off the handle. But Peterson made things worse by quoting a woman not presently a homemaker:

"It's important that we finally complete this task," said Rep. Jackie Speier (D., Calif.), a co-sponsor of the resolution. "Without an explicit declaration of equality in the Constitution, women's rights are always at risk."

The story did give coverage to the other side of the argument:

"'When Congress passed the Equal Rights Amendment in 1972, the resolution gave the states a seven-year deadline to ratify it. They never did, and the deadline passed decades ago,' Sen. Mike Lee (R., Utah) said in a statement."

The substantive arguments were recounted, such as proponents demanding equality in pay for women and opponents worrying the ERA would make anti-abortion laws harder to enact. But it wasn't the substance that was most revealing.

It was the comment section, in all its whining splendor.

Bossy, feisty and sassy men trotted out the old arguments about how ERA would mean the end of civilization as we know it. Here's a sampler of what the fellows whipped up in their rhetorical kitchens:

How about an amendment that states that everyone is equal to everyone else and any differentiation or disparate treatment based on ANY criteria (sex, race, gender identity, income, wealth, health conditions, driving record, arrests or convictions, height, weight, etc., etc., etc.,) are all illegal. What could go wrong?

Women are already treated equal under the law. This is just fear mongering and pandering to the emotional democratic mob.

There is no valid definition of woman anymore. This amendment would open up far more problems than it would settle. Fluid gender indeed.

This will certainly change "female" athletics if it passes. The US won't have any "women" competing in the Olympics.

No reason to ever change the constitution. Ever.

The absolutely biggest inequality is lifespan; U.S. women outlive men by about 5 years. Given the U.S. population of around 328 million, that means a horridly unfair deficit of 800+ million man-years! One approach could draw inspiration from the ancient Hindu tradition of sati, whereby a widow would throw herself on her (dead) husband's pyre.

The ERA is unnecessary given the mentioned federal and state laws. Not mentioned is sex has long been covered by the Equal Protection clause of the Constitution. Advocates in the story know this. It looks like they are making political points, because it looks good to appear fair and open minded, and no American wants to be branded a misogynist or accused of discrimination.

(Edited) This is what happens each time Democrats seize unrestricted power. But nothing changes truth and reality. Americans cannot be forced to alter our lives, schools, and businesses to accept "dishonesty and untreated mental illness that includes grave self-harm" as "Equal." Instead, we will pray for their healing.

I'm all in on the Equal Responsibilities Amendment.

Will this mean that colleges accepting any form of federal tuition loans or assistance, have to stop teaching that men are all rapists?

After reading this article, I just went and cancelled my WSJ subscription. The writing is lazy and slanted. And it's become representative of a vast majority of their articles. Not to mention that the topic is completely pointless and not worthy of WSJ ink. WSJ used to be a balanced source, in my opinion. One that allowed me to see both sides of an issue. Now it's no different than CNN.