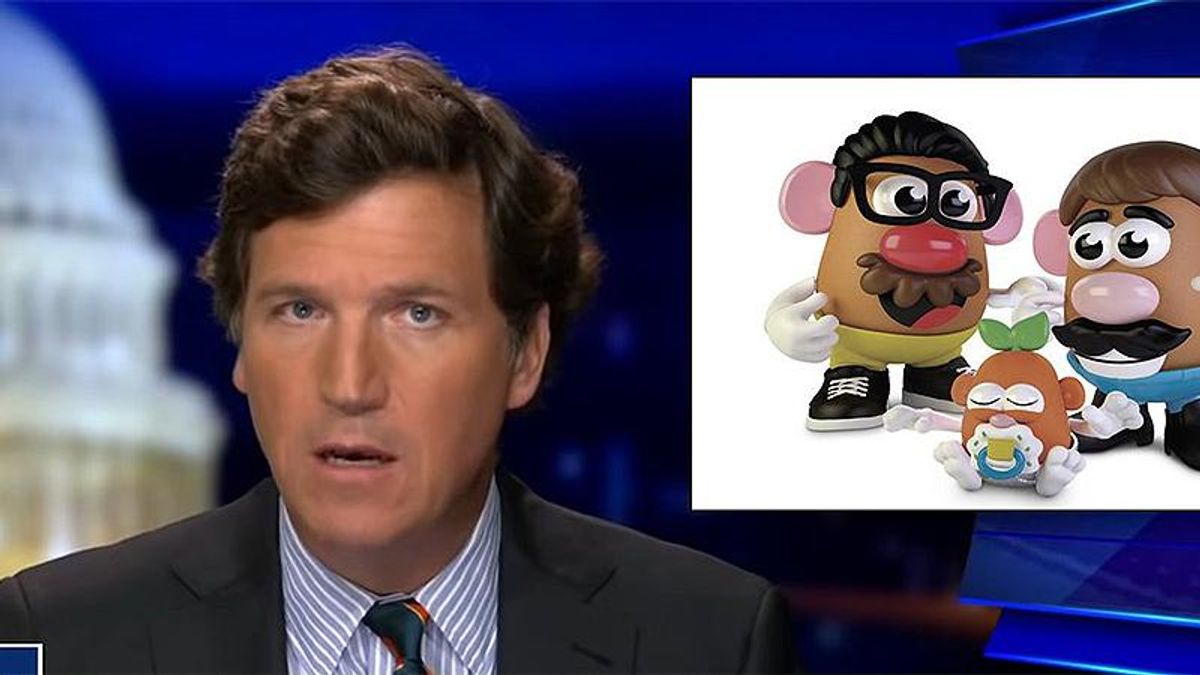 The culture war" is so familiar I don't need to explain what it is. It has been part of the Republican Party's rhetorical repertoire since at least Robert Taft's time. What most people do not understand, however, is nearly every moment in which "the culture war" flares up—over abortion, guns, sexuality, etc.—is rooted in a lie. If more people understood the centrality of lying to "the culture war," more might understand the goal of the GOP's "cultural war" repertoire is making some Americans seem illegitimate.

Consider the case of Mara Gay, a member of the Times' editorial board.1 She was on MSNBC's "Morning Joe" Tuesday. The subject of table discussion was Max Boot's new op-ed in the Post on how too many people in this country are still underestimating the dire threat posed by the Republican Party to democracy and the American union.

Joe Scarborough, the co-host, said there's a need to stop being surprised by the GOP's anti-democratic posturing. Gay agreed. "We need to start taking it seriously," she said. When it comes to creating an independent bipartisan body to investigate the sacking and looting of the United States Capitol on January 6, she said the Democrats in the United States Congress should stop asking for the GOP's permission and act alone.

"The reality is that we have a large percentage of Americans … who continue to believe their rights as citizens are under threat by the simple virtue of having to share democracy with others," Mara Gay said. "I think that as long as they see Americanness as the same, as one, with whiteness, this is going to continue. We have to figure out how to get every American a place at the table … [and] separate Americanness—America—from whiteness. Until we can confront that, this is really going to continue."

Gay illustrated her point with an anecdote: "I was on Long Island this weekend," she said, "and I was really disturbed. I saw, you know, dozens and dozens of pickup trucks with explicatives [sic] against Joe Biden on the back of them, Trump flags, and in some cases just dozens of American flags, which is also just disturbing … Essentially the message was clear: This is my country. This is not your country. I own this."

It was this anecdote that made news, not the context the anecdote was attempting to illustrate. More accurately, it was the lie about the anecdote that made news. And it's such lies, I contend, that constitute the foundation for virtually all "culture war" discourse, whether about "political correctness," "cancel culture," "wokeness" or anti-racism. With rare exception, all national debate over topics of interest to the liberal cause rest on countless small sedimentary layers of falsehood. Making it much worse, in my view, is a Washington press corps knowing the truth, but not speaking it.

Here's what made the news Tuesday, all day. Headline: "NYT, MSNBC's Mara Gay: 'Disturbing' to see 'dozens of American flags' on trucks in Long Island. Subheadline: "New York Times board member: There needs to be conversation about 'Whiteness'." The media source was Fox. Fox's headline was repeated by expected outlets, such as the New York Post and National Review, but also surprising outlets, like Yahoo News and RealClearPolitics. And, of course, Breitbart: "Times columnist Mara Gay said Tuesday that she noticed trucks with American flags and was 'disturbed' by what she saw."

The key here isn't just repeating the lie. It's getting a response to the lie, as a result of the repetition, and then getting a third-party to respond to the response. (Again, Fox: "NYT panned for Mara Gay defense following her 'disturbing' American flag remarks: 'Every word here is a lie'." Who accused the Times of lying? A senior editor at The Federalist who was, you know, lying.) Once this pattern has been established, there exists a legitimate controversy worthy of the press corps' attention as well as of public debate between opposing views from across the spectrum. All that might appear to be natural, normal and healthy except for this fact: The entire discourse is based on a lie.

This pattern is everywhere once you see it. It's present even in matters of more complexity than what a Times editorial board member did or did not say. Since Joe Biden took office, we have seen numberless attempts to examine "cancel culture," "wokeness" or anti-racism. Most have been from the point of view of their critics, not their practitioners, or worse—they are predicated on the small sedimentary layers of misrepresentation, distortion and lies about them. The takeaway: So much of what counts as "debate" begins and ends with what liberalism's enemies say liberals say.

Lying is a bug, though. Ideology is the feature. Liberals like Mara Gay can't be right about America, but critics can't turn to history to prove it, because history points in the direction of Mara Gay being absolutely right. So they lie about what she said, thus detaching the issue from shared reality, thus making her seem to confirm what they already believe to be true without bothering to prove it, which is she hates America.

Gay never said she was disturbed by flags. She said she was disturbed by the historical fact, symbolized to her by the side-by-side flying of Trump flags and American flags, that "a large percentage" of white Americans continue to look at her Black and wise and beautiful face and refuse to see her as a legitimate American. That Fox and others lied about what she said is a continuation of the history that disturbs Mara Gay, and while that's bad enough, she said, there's something else even more concerning.

"I think there is a large percentage of my colleagues in journalism who are invested in some way in pretending that this isn't the threat that it is," Gay went on to say. "That is a real concern. The Trump voters are not going to get on board with democracy, but they're a minority. You can marginalize them long term. But if [her colleagues in journalism] don't take this threat seriously, we're all going to be in bad shape."

The phrase "the loyal opposition" was coined by John Hobhouse in a debate in the English Parliament in 1826. Less than a hundred years later, A. Lawrence Lowell, a political scientist (and later president of Harvard University) proclaimed the loyal opposition "the greatest contribution of the nineteenth century to the art of government."

Designed to make space for the political party out of power to dissent and hold the majority party accountable without facing accusations of treason, the concept of a loyal opposition depends on the deference of non-governing parties to the authority of democratic institutions and the normative framework in which they operate.