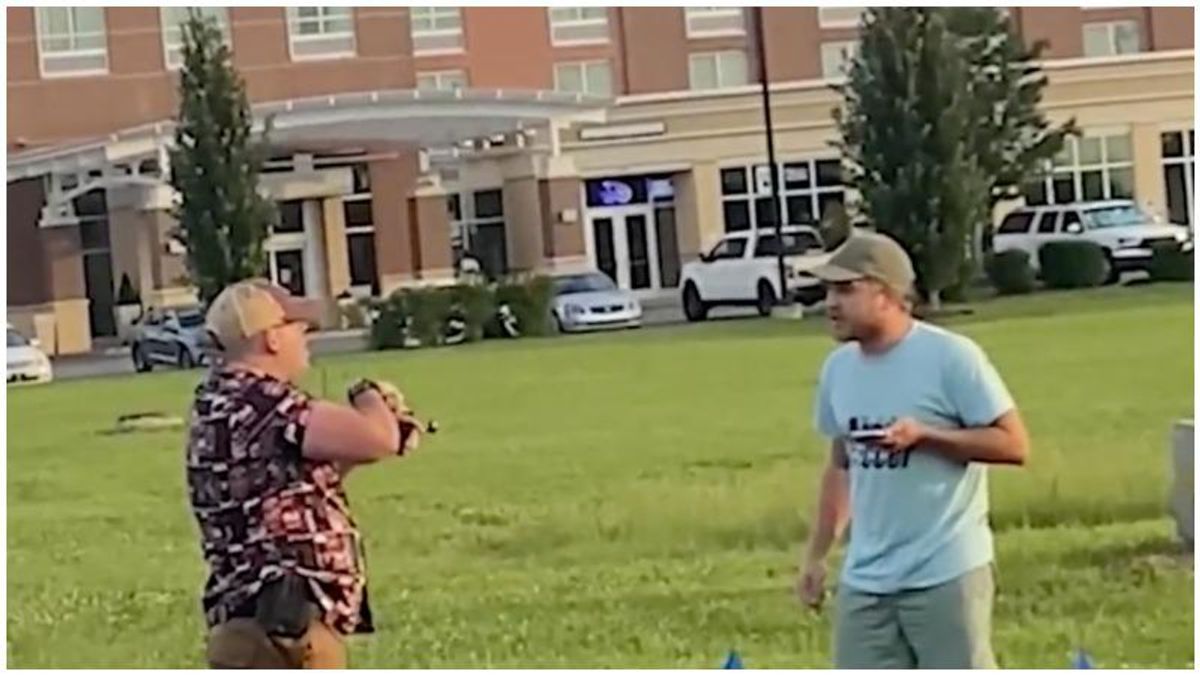 "He said I cut him off… I did not cut him off," said the victim during the video.

"Get on the ground now!", Ward yelled while pointing his gun.

"You're not on duty!" the driver yelled back.

Ward was arrested and now faces an aggravated assault charge.