Donald Trump once again pressured GOP Assembly Speaker Robin Vos to overturn the 2020 presidential results in Wisconsin, the legislator revealed in an interview with local media.

"It’s very consistent," Vos told WISN-TV. "He makes his case, which I respect. He would like us to do something different in Wisconsin. I explained it's not allowed under the constitution. He has a different opinion, and then he put out the tweet. So that’s it."

"The court case as you read it does not go back and say what happened in 2020 was illegal," he explained. "It just says going forward it can’t happen."

Trump again lashed out on his Truth Social website.

"So what’s Speaker Robin Vos doing on the Great Wisconsin Supreme Court Ruling declaring hundreds of thousands of Drop Box votes to be illegal?" Trump asked. "This is not a time for him to hide, but a time to act!"

He then threatened to intervene in the Aug. 9 GOP primary.

"I don’t know his opponent in the upcoming Primary, but feel certain he will do well if Speaker Vos doesn’t move with gusto. Robin, don’t let the voters of Wisconsin down!" Trump warned.


Vos is being challenged in his primary by Republican Adam Steen.

Steen describes himself as an "America First Conservative" on his website.

On his section on "election integrity," Steen wrote, "I have a simple solution to the multiplicity of "issues" we have seen over the past election cycle, and it is only eight words long: one day - on paper - in person - hand count." 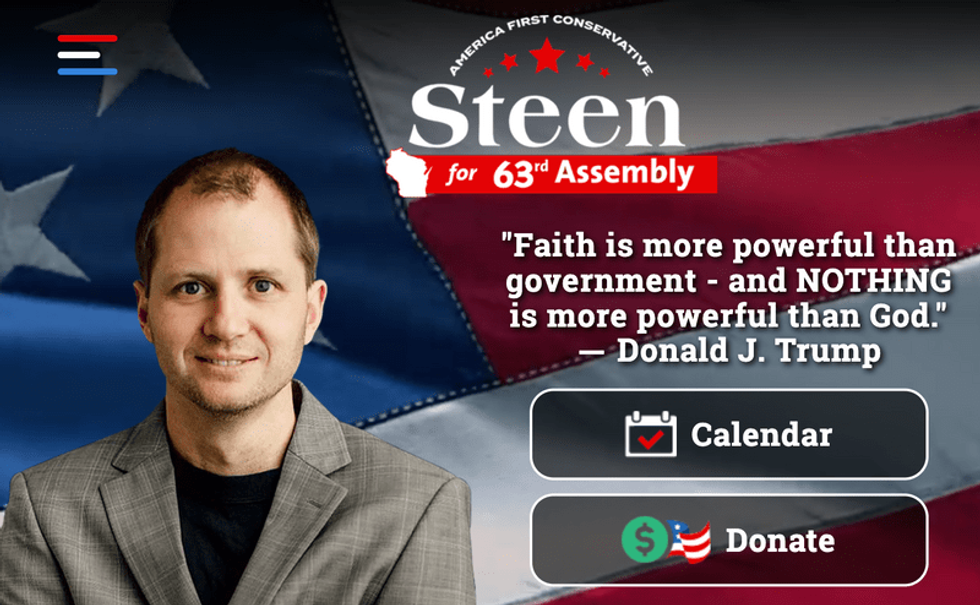 \u201c"It's very consistent," Vos said. "He makes his case, which I respect. He would like us to do something different in Wisconsin. I explained it's not allowed under the constitution. He has a different opinion, and then he put out the tweet."\u201d
— Matt Smith (@Matt Smith) 1658260876