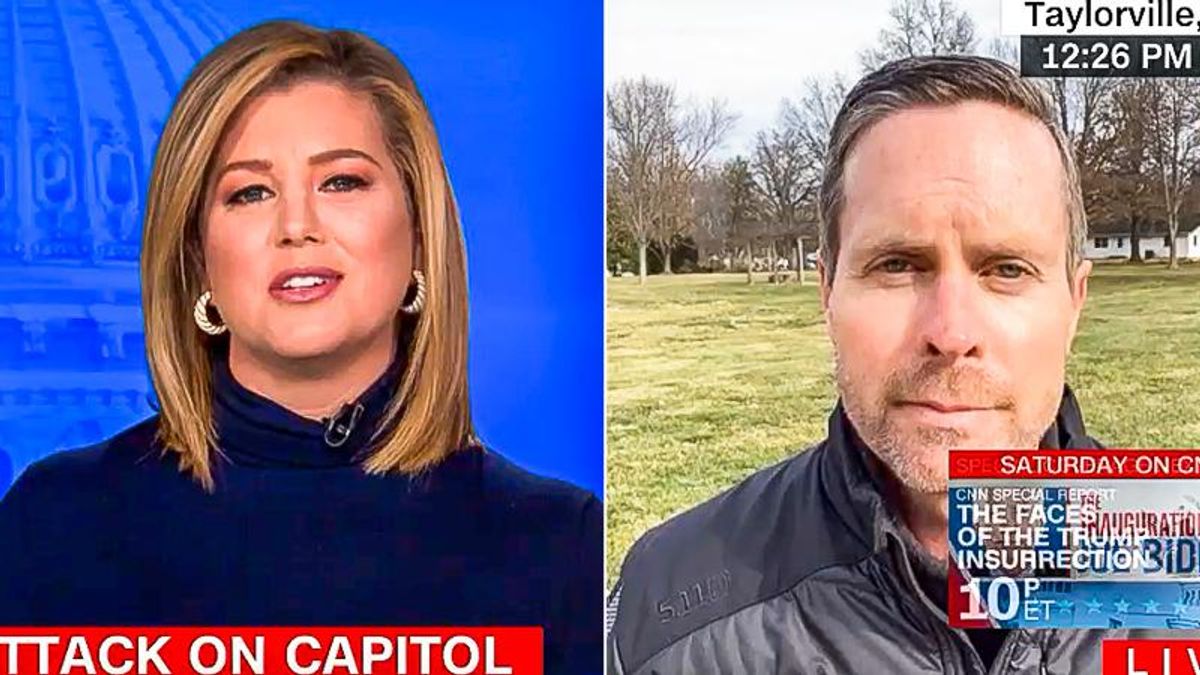 Rep. Rodney Davis (R-IL) on Thursday argued that President Donald Trump has been held accountable for inciting a violent insurrection because he lost the election months earlier.

During an interview on CNN, host Brianna Keilar grilled Davis about his opposition to the president's second impeachment.

"Are you saying that the insurrectionists that came inside the Capitol, that they are responsible fully and that President Trump bears no responsibility?" Keilar asked.

"I can tell you who I speak for and that's me and my constituents," Davis replied. "And I speak for the Constitution, which is why I don't want to see an impeachment process hijacked by politics regardless of how you feel about the president."

"What the president said about an election being stolen, I believe, is wrong," he continued. "And I believe it did foment discontent. It gave many people who are on the far right of the political spectrum hope that somehow that if the Electoral College process that I was a part of didn't happen that he would be elected for another four years. That was not going to happen."

According to Davis, Democrats and the media are offering "the same false hope" with the impeachment effort.

"I think anyone who uses rhetoric that incites violence should be held accountable," Davis agreed.

"President Trump was held accountable because he lost the election," Davis insisted, noting that he opposed the impeachment effort. "He's not going to be president anymore."

"Again, the rioters need to be held responsible," Davis opined. "The president was held responsible for the rhetoric and the misinformation that he put forth throughout his term as president by losing the election. The bottom line is every politician needs to be held accountable for what they say."

Keilar responded: "You said the president had suffered the consequences by being voted out of office. He was voted out of office in November. And then proceeded to spew lies and conspiracy theories about widespread voter fraud that did not exist and that has been affirmed by many Republican-appointed officials, including in his own administration."

"I can make that argument, Brianna," Davis scoffed. "Because I've been talking about how that is wrong and it's misinformation."