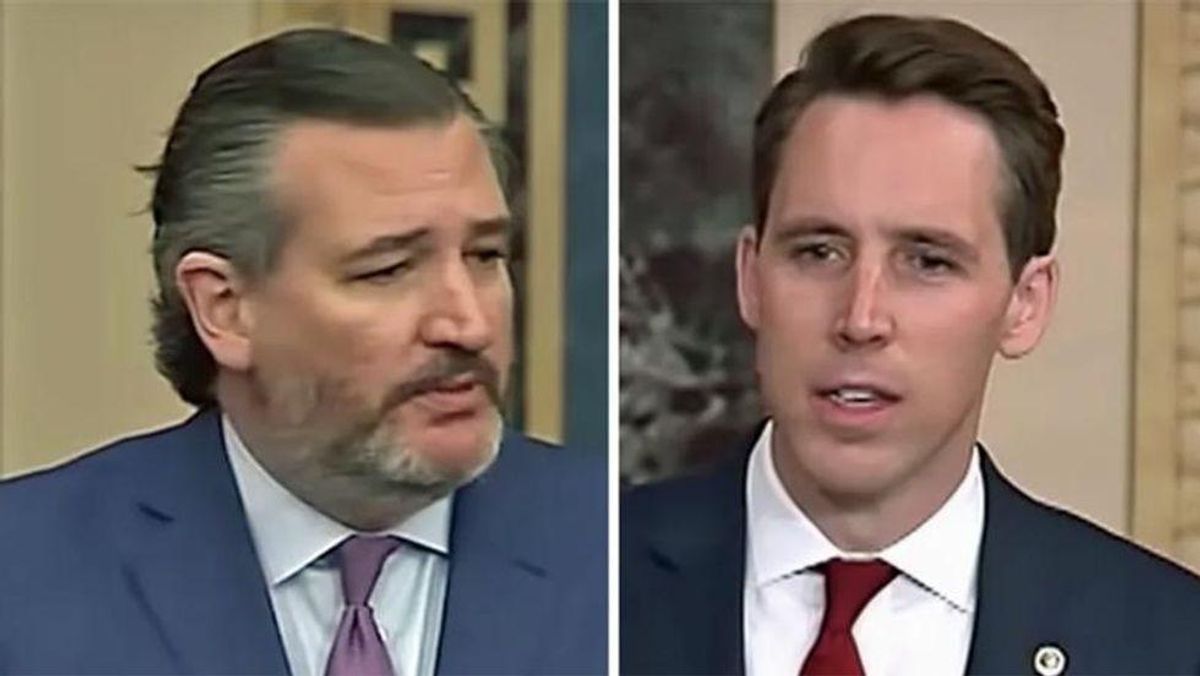 While praising the Democrat-led U.S. House of Representatives on Thursday for passing a spending bill without the Hyde Amendment for the first time in decades, reproductive rights and justice advocates sounded the alarm over 228 congressional Republicans urging the U.S. Supreme Court to overturn Roe v. Wade.

Concerns about the fate of the landmark 1973 ruling—which affirmed the constitutional right to abortion before viability—have mounted since former President Donald Trump appointed three right-wing justices to the nation's highest court, giving conservatives a 6-3 supermajority.

The new GOP brief (pdf) comes in a case for the court's next session challenging Mississippi's ban on nearly all abortions after 15 weeks. Justices agreed to hear the case in May, a decision made in the midst of what experts called an "unprecedented" wave of attacks on reproductive rights at the state level.

"Every single politician who signed this amicus brief is actively working to strip away our fundamental freedoms and endanger pregnant people and families across the country," Christian LoBue, chief campaigns and advocacy officer at NARAL Pro-Choice America, told Bloomberg.

Mississippi's case provides the court a chance to release its vise grip on abortion politics, as Congress and the states have shown that they are ready and able to address the issue in ways that reflect Americans' varying viewpoints and are grounded in the science of fetal development and maternal health.

"If necessary to enable the people's representatives to further vital interests in public safety, equality, and the integrity of the medical profession," the new GOP brief states, Roe and Planned Parenthood of Southeastern Pennsylvania v. Casey "should be reconsidered and, if appropriate, wholly or partially overturned."

The court's 1992 opinion in Casey reaffirmed Roe but also upheld various anti-choice measures in Pennsylvania. Most notably, the case established the "undue burden" standard, determining that restrictions on abortion must not impose a "substantial obstacle in the path of a woman seeking an abortion before the fetus attains viability."

Justices are expected to rule on Mississippi's 15-week ban, which does not include exceptions for rape or incest, by next June, just months before the midterm elections that could shift the makeup of the Democrat-controlled House and evenly divided Senate.

Responding to Thursday's brief in a pair of tweets, Planned Parenthood Action highlighted widespread support for "safe, legal abortion" across the country and warned that "overturning Roe would open the floodgates to states banning abortion."

Though it was widely expected that the high court would agree to hear an abortion restrictions case in the coming term, pro-choice advocates still warned in May that the Mississippi case could be the death knell for Roe and reiterated demands that the Democrat-led Congress and White House urgently take action on reproductive rights and healthcare, treating the 1973 standard as a floor rather than a ceiling.

Dr. Kristyn Brandi, an OB-GYN in New Jersey and board chair of Physicians for Reproductive Health, said at the time that "as a community of physicians who know that abortion is basic, essential, safe healthcare, we are extremely alarmed that the Supreme Court will review a clearly unconstitutional ban on abortion, a ban that violates 50 years of Supreme Court precedent."

As a provider of abortion care, I know that every person should have the resources and care they need to make decisions about their bodies, their families, and their futures. Mississippians already face some of the most restrictive laws preventing communities from getting the healthcare they need.
I am very concerned by this and other attacks on reproductive healthcare during a global pandemic. We should be making care more accessible, not limiting options. That is why federal legislation like Women's Health Protection Act and Equal Access to Abortion Coverage in Health Insurance (EACH) Act are so important. The evidence is clear—abortion is healthcare. We should not be questioning the validity of this fact.
I urge the Supreme Court to listen to people who have abortions and to people who provide abortion care. Restrictions on abortion fall most heavily on communities who are already inequitably impacted by barriers to healthcare: Black, Brown, and Indigenous women and people capable of pregnancy, people with low incomes, people in rural communities, and LGBTQIA people.

"Allowing even more unjustified restrictions on abortion will only hurt patients," Brandi warned. "We expect the Supreme Court to follow precedent and strike down unconstitutional laws like the Mississippi ban."