Roger Stone was under investigation for ties to Proud Boys who threatened his judge: CNN 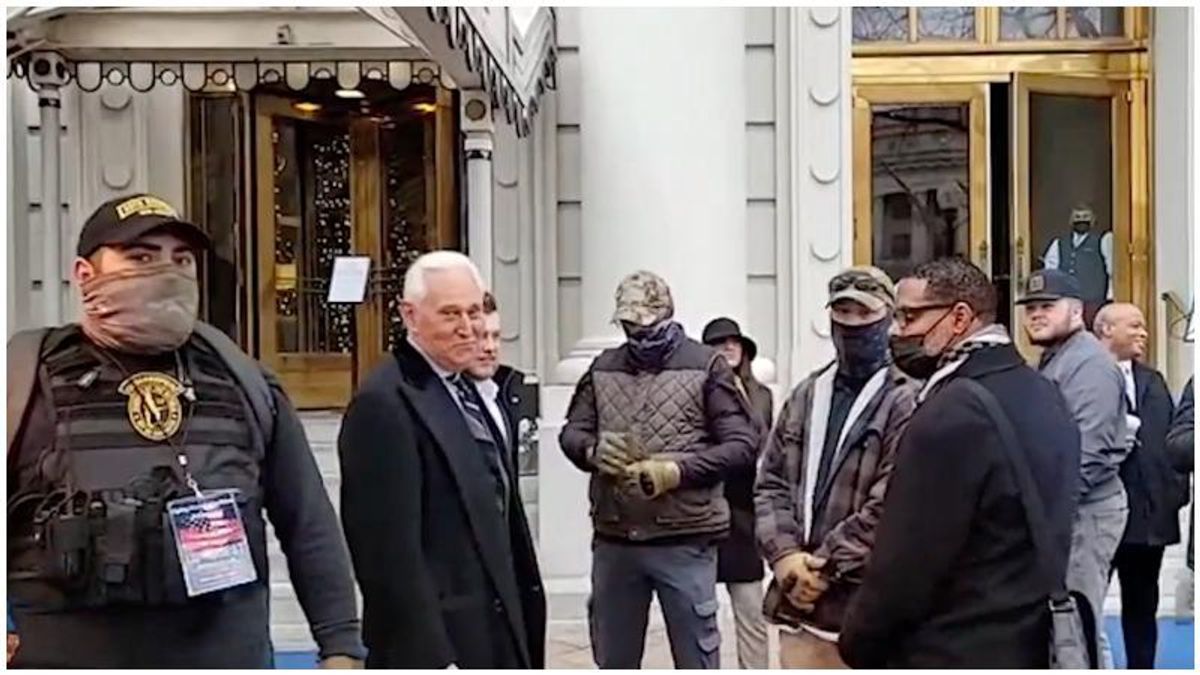 Reports this week revealed that Roger Stone was surrounded by the Oath Keepers who did his security while he was in Washington for the Jan. 6 rally. On Wednesday, however, CNN reported that Stone was also previously investigated as part of a 2019 criminal probe into whether he was involved in an "intended to threaten a federal judge" from the Proud Boys' members.

While the threat investigation did not result in any charges, CNN has now learned about the case and the FBI and federal prosecutor's probes into the far-right group and their relationship with one of former President Donald Trump's friends.

The threats go back to Stone's 2019 criminal case in Washington, D.C. that dealt with his involvement in contacting Wikileaks in 2016. "A Proud Bos contingent was a prominent fixture supporting Stone at his trial," said CNN.

When Stone went to trial, he began posting photos of Judge Amy Berman Jackson, who was presiding over his case. She was in the crosshairs of a target that was behind her head. Stone said it was someone running his social media accounts, Proud Boys member leader Enrique Tarrio, who posted it to his account.

Stone also said that Proud Boys' Florida chapter founder Tyler Ziolkowski had also helped him, as did Jacob Engels, "a Proud Boys associate who is close to Stone and identifies himself as a journalist in Florida. Florida's Rey Perez was also named, though CNN said that in the court transcript his name was spelled, Raymond Peres.

"They asked me about if I had anything to do about posting that. They were asking me if Stone has ever paid me, what he's ever paid me for," Ziolkowski told CNN in an interview. A prosecutor later told him "they were investigating the picture and if he had paid anybody," Ziolkowski said. He said that he hadn't posted the photo and Stone never paid him.

Tarrio and Engels were also interviewed by the investigators, but no one was charged in the case.