But as Insider discovered, DeSantis has a gun-free zone of his own to protect his own safety. While he's in Arizona, Ohio, and Pennsylvania, firearms will be strictly prohibited. And it isn't liberals who are showing up to greet the Florida guy with an AR-15.

READ MORE: 'I'd be advising my client to tell their family I'm looking at jail time': Mueller prosecutor on the FBI's Trump raid

The event says that there is to be "NO CCW," also known as concealed weapons, "in Event Zone." Ironically, Turning Points USA has shared memes mocking such zones in the past. 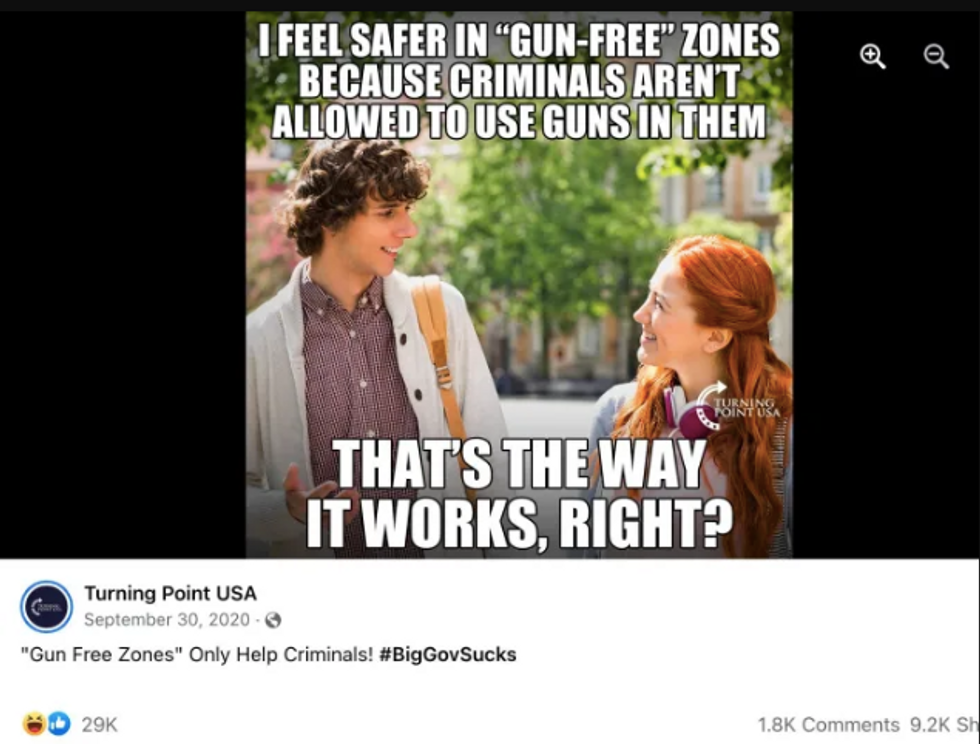 While DeSantis is campaigning around the country, his state is having a crisis in education. There is such a large teacher shortage that the state desperately seeks 9,000 more teachers in the next month.

For the past 16 years, Florida has steadily seen an increase in graduation rates in the state. Once DeSantis took over, however, those numbers slowed considerably. Last year, the graduation rates increased just 0.1 percent, according to his own Florida Department of Education.