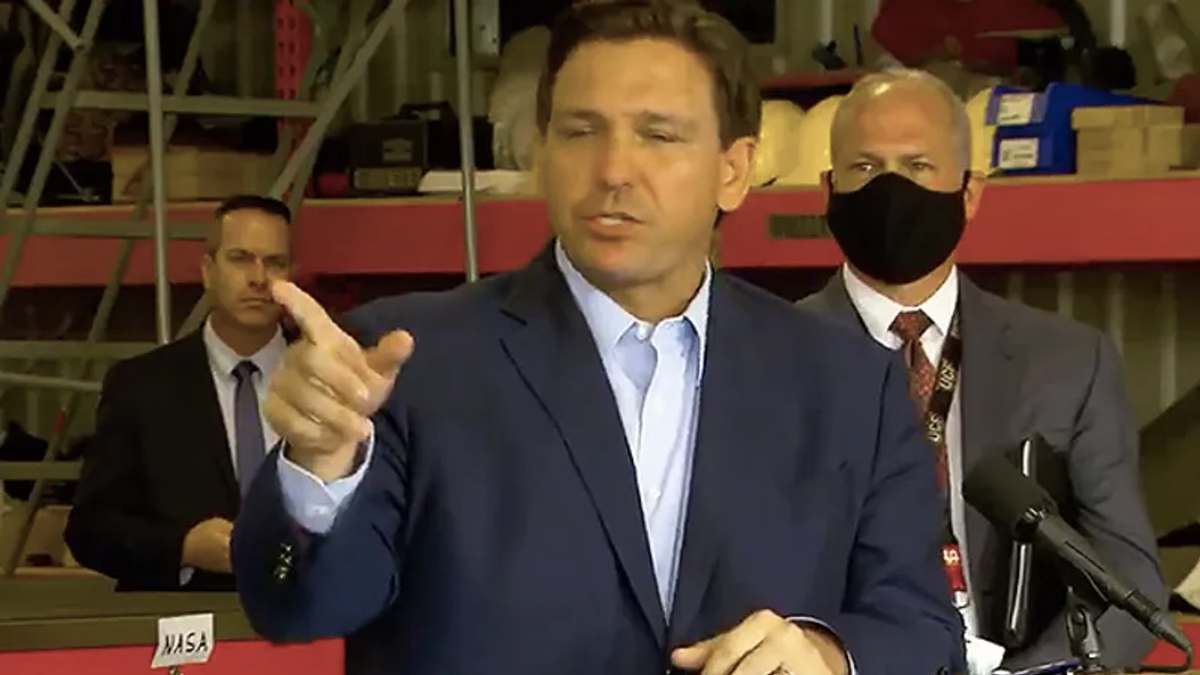 His state now accounts for one-fifth of the COVID-19 cases in the United States, CBS reported last month, and cases have only increased since then. The numbers appeared to be weighing in on him as he snapped at a reporter Tuesday who asked about the dramatic increase in COVID cases among young people.

Y"ou know, I'm just sick of this judge – I'm sick of the judgment, the judgmental stuff on some of this stuff, nobody's trying to, to, to get ill here, okay?" DeSantis barked.

The local Florida Politics blog explained that DeSantis is down to 44 percent job approval with 49 percent disapproval among 3,952 likely Florida voters who answered through an automated phone polling system. Such polling systems are generally skewed to older and whiter audiences too, as cell phone apps catch what users believe is a telemarketer. Cell phone-only households tend to be younger and represent more people of color. The same can be said for "likely voters," a calculation that uses several previous mid-term elections to estimate November voters.

"That is a huge swing from the job approval numbers DeSantis received in a Florida Chamber of Commerce poll in May," Florida Politics explained. "That survey gave him a 55 percent approval for his job performance, with 40 percent not approving."

Democrats overwhelmingly oppose DeSantis by 74 percent but only 22 percent of Republicans disapprove. The movement comes from Independents, with 51 percent of respondents disapproving of him.