Florida schools are a 'monumental mess' and it's all Ron DeSantis's fault: Former GOP strategist 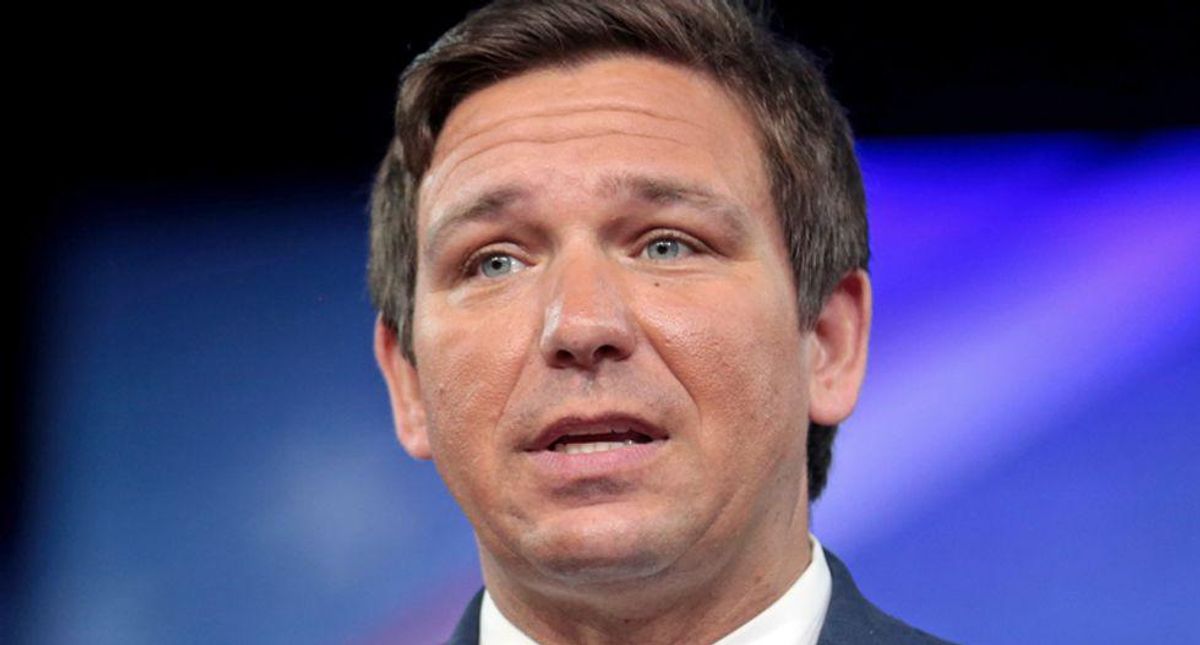 Florida's Republican governor was the target of a hard-hitting column by a former GOP strategist published in the Tampa Bay Times.

Mac Stipanovich, a one-time chief of staff to former Gov. Bob Martinez (R-FL) and a longtime GOP strategist who switched to being a Democrat in 2019, accused DeSantis of refusing to govern even as his state's hospitals hit their capacity to care for COVID-19 patients.

"Ron DeSantis is a governor uninterested in actually governing, a lawyer with little respect for the law, an anti-elitist with an Ivy League education and a hypocrite unbothered by inconsistency. Populist politics, not public policy, is his long suit," he wrote. "So it is not surprising that he has made a monumental mess of masking in public schools."

He then documented how DeSantis has constantly put his own political career ahead of public health.

"When it became apparent that many of Florida's 67 local school boards intended to require students, teachers and staff to wear masks based on the recommendations of the Centers for Disease Control and Prevention and the American Academy of Pediatrics, plus the clear consensus of health care professionals generally, DeSantis did not see a serious public health issue. He saw an irresistible opportunity to pander to the MAGA peanut gallery on a grand scale," Stipanovich explained.

He detailed how DeSantis forbade school mask mandates and made private school vouchers available for students in any district that ignored his rules. DeSantis went on to threaten state funding of schools. Yet the Broward and Alachua schools districts still mandated masks.

"It is too early to know how this goat rope will end. The Board of Education in a second emergency meeting grilled the representatives of the Broward and Alachua schools districts for three hours like the Inquisition going after Galileo, and in the end, after all of the huffing and puffing, did nothing more than resolve to do an unspecified something in the future, after further investigation of the obvious: Broward and Alachua ain't budging," Stipanovich explained. "And now the school districts in Miami-Dade, Palm Beach and Hillsborough counties have joined the rebellion, so things are going to get worse before they get better."

Stipanovich said he had seen enough to come to two conclusions.

"It is not too early, however, to make two observations. First, DeSantis has proven yet again that, his posh degrees notwithstanding, he's not always particularly smart. Almost 70 percent of Americans favor mandatory masking in schools, and his masking antics cannot have gained him more than five votes he didn't already have while incensing and invigorating his opponents," he wrote. "Second, win, lose or draw, the stands made by these stout-hearted school board members and superintendents are bracing reminders of the potent power of principles and true grit in a confrontation with an authoritarian bully. Good on them."