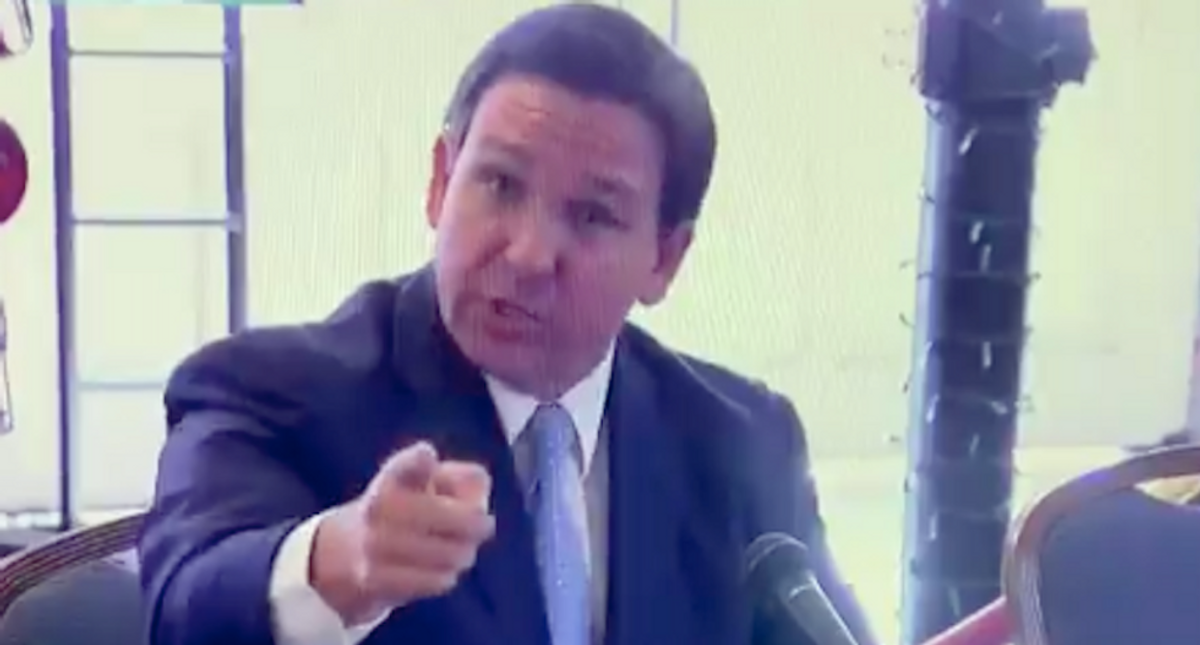 Last week, an angry Gov. Ron DeSantis (R-FL) snapped at a CBS reporter asking about evidence showing a kind of "pay to play" scandal that favored the wealthy to get COVID-19 vaccinations first.

Community health officials have said that the Florida vaccine roll-out favors the rich over the rest of Florida residents, the report said.

"Florida's rollout started pretty typically," the report said. "The first doses were given to healthcare workers and nursing home residents in early December. But then, a few weeks later, Gov. Ron DeSantis, breaking from C.D.C. guidelines, announced he would not vaccinate teachers and essential workers next, but instead put 'seniors first,' making anyone 65 or over eligible for the vaccine, the first in the country to do that. DeSantis said seniors were at highest risk."

It caused a run on the vaccine, websites crashed and it was extremely difficult.

West Palm Beach Mayor Keith James was trying to get vaccines for the town's firefighters, but he later learned that some wealthy board members of a nursing home who were able to be vaccinated.

"Then, the private jets started arriving," said the report. "Hollywood moguls, New York socialites and tourists from overseas were getting vaccinated in Florida, posting on social media and sparking outrage. Early on, there were no residency requirements to get vaccinated in the state."

Mayor James said that there were simply no rules and everyone was taking advantage of it.

A Florida mayor said he was trying to secure vaccines for his town’s firefighters when he learned that some board m… https://t.co/WmMENqbEHW
— 60 Minutes (@60 Minutes)1617577822.0