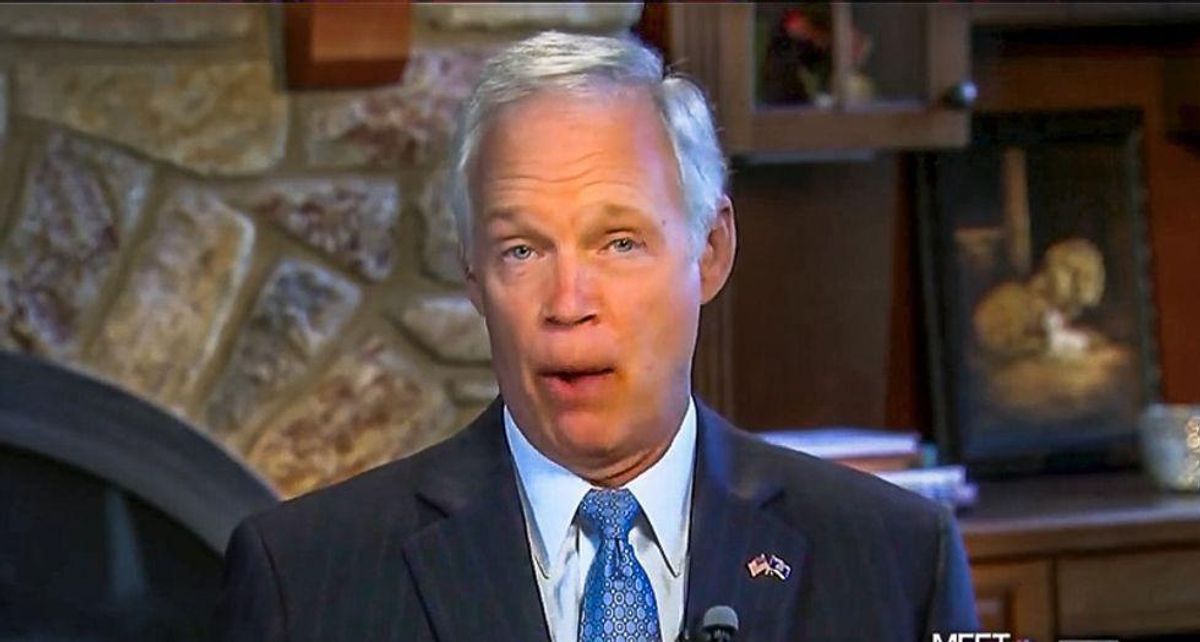 But now there's a Democrat in the office and suddenly Fox News is concerned that he might be compromised.

"Vladimir gets the waiver to build his pipeline, our workers get pink slips," Fox News personality Tucker Carlson said.

"Would I be wrong to interpret that that maybe Joe thinks that Russia has him compromised?" he asked.

"You wouldn't be wrong to be suspicious that maybe that's the problem there," Sen. Ron Johnson (R-WI) replied.

Johnson, who is up for re-election in 2022, was harshly criticized by former Rep. Joe Walsh (R-IL).

"I went to Congress with Ron Johnson. Maybe I'm an idiot, but I never would have guessed that he would have become a stupid Trump cultist. Boy was I wrong," Walsh admitted.