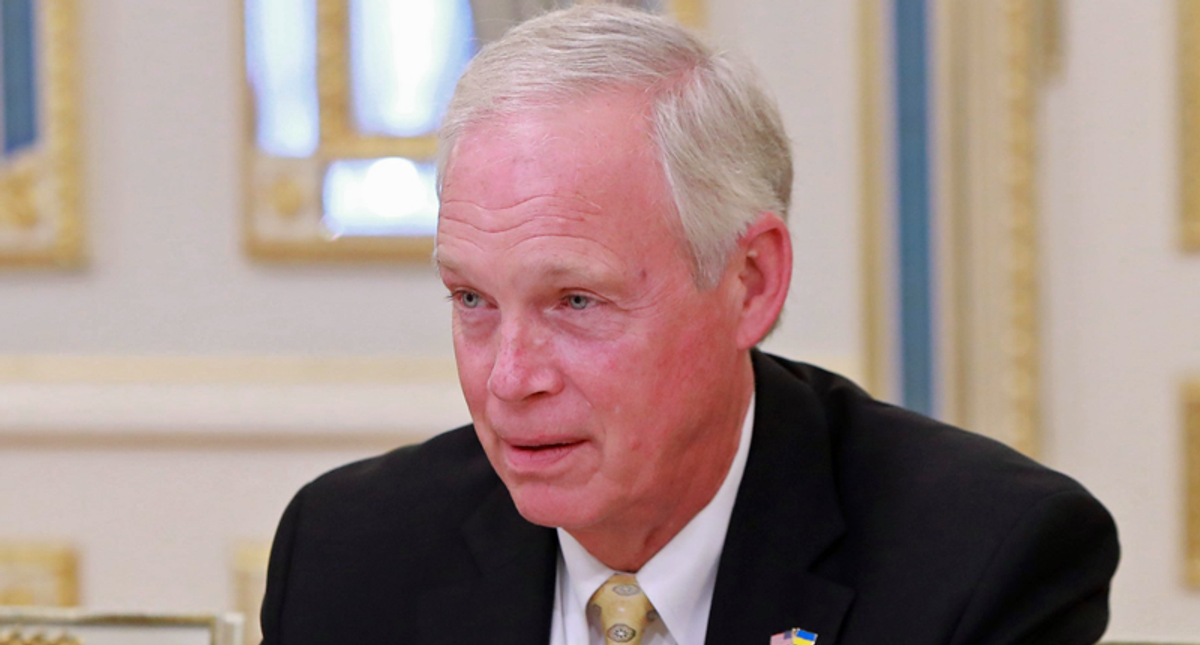 On Tuesday's edition of CNN's "OutFront," anchor Erin Burnett tore into Sen. Ron Johnson (R-WI) for raising a conspiracy theory to absolve former President Donald Trump at a hearing on the Capitol invasion.

"Tonight, deny, deflect and lie. Some Republicans using the first hearing on the deadly insurrection at the United States Capitol to whitewash what happened before, during, and after January 6th," said Burnett. "One of the biggest offenders, Senator Ron Johnson, who today proved there is no conspiracy theory he won't peddle to defend Trump. While questioning current and former law enforcement officials who were in charge that day, Johnson spent his time pushing a deranged theory from an alleged eyewitness."

"Although the crowd represented a broad cross-section of Americans, mostly working-class by appearance and manner of speech, some stood out," said Johnson in a clip. "A very few didn't share the friendly, earnest demeanor of the great majority, some obviously didn't fit in. And he describes four different types of people. Plainclothes militants, agent provocateurs, fake Trump protesters, disciplined uniform column of attackers. These are the people that probably planned this."

"Fake Trump protesters, agent provocateurs," said Burnett. "This is not true. It is a lie. The riot was led by Trump supporters, supporters that were repeating Trump's call for action in the halls of the Capitol." She played clips of rioters yelling "stop the steal" and "protect our Constitution!"

"Look, it is absolutely ridiculous that Johnson said what he said," said Burnett. "As Kevin McCarthy told Trump on the heated phone call of the day of the insurrection, quote, they're your people. Call them off. Senate Minority Leader Mitch McConnell clearly stated the facts, clearly when he spoke to the nation following Trump's impeachment trial."

She then played a clip of McConnell saying, "A mob was assaulting the Capitol in his name. These criminals were carrying his banners, hanging his flags, and screaming their loyalty to him."

"These are the facts, and facts are facts," added Burnett.