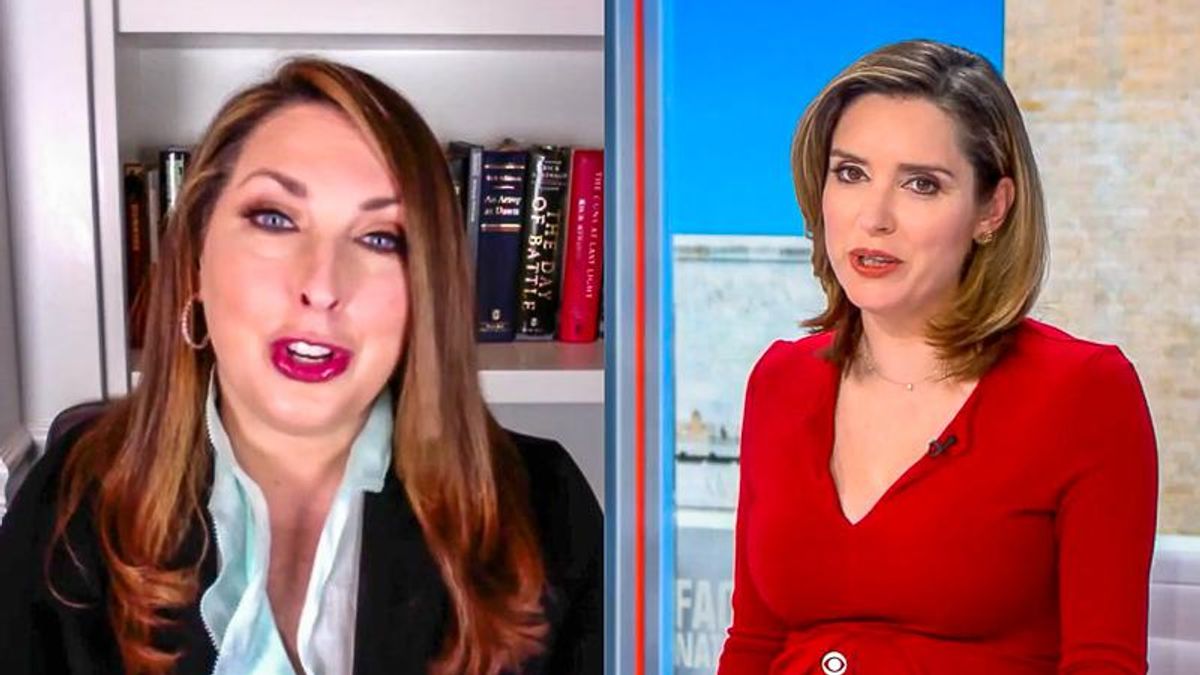 Republican Party Chair Ronna McDaniel on Sunday declined to say whether former President Donald Trump has reflected on his role in the Jan. 6 attack on the U.S. Capitol.

"I do know he's committed to helping us win back majorities," McDaniel told CBS host Margaret Brennan after speaking to the former president at Mar-a-Lago.

"How damaging were the events of Jan. 6 to your party?" Brennan asked.

"They were damaging to our country," McDaniel replied. "I think it was horrific what happened Jan. 6. There is no American -- Republican or Democrat -- who looks at that and sees our Capitol attacked and feels good. And I think there's a lot of self-reflection that has to go on across the whole country."

"Has the president done some self-reflection?" Brennan wondered.

"I'm going to talk about me because I'm not going to speak for somebody else," McDaniel insisted.

"Well, you said he didn't meet the moment previously," the CBS host recalled.

McDaniel responded by insisting that the Republican Party has been "more vocal" about denouncing groups like QAnon. She also accused the media of "suppressing reports on Hunter Biden and what's happening with Andrew Cuomo."