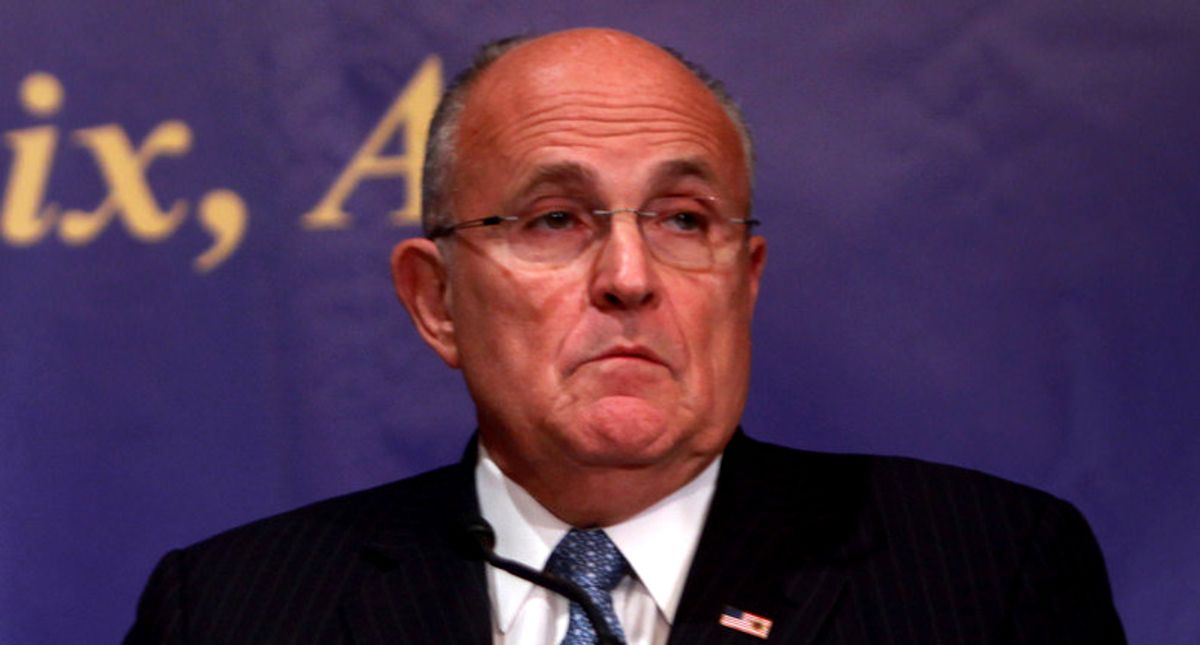 Before he was elected mayor of New York City in 1993, Republican Rudy Giuliani was a federal prosecutor for the Southern District of New York — and he had a reputation for being tough, focused and aggressive. But now, ironically, Giuliani finds himself being investigated by the U.S. Department of Justice. His home and office in Manhattan were recently searched as part of a DOJ investigation of his Ukraine-related activities of the Trump era. And CNN's Marshall Cohen offers some insights on those search warrants in an article published on May 7.

Cohen goes on to offer a "breakdown" of "the dozen Americans and Ukrainians who CNN has confirmed were mentioned by name in the search warrants against Giuliani." Although there may be others mentioned in the warrants, Cohen notes, the people discussed in his article are the ones CNN has confirmed.

In 2019, then-President Donald Trump was impeached by House Democrats after trying to bully Ukrainian President Volodymyr Zelensky into helping him dig up dirt on now-President Joe Biden and his son, Hunter Biden. And House Democrats who pushed for the impeachment, including House Speaker Nancy Pelosi and Rep. Adam Schiff of California, stressed that Trump seriously crossed the line by asking a foreign leader to investigate a political rival and withholding military aid to Ukraine in the hope of getting that investigation.

Cohen notes that Parnas, who paid Giuliani for half a million dollars of consulting work in 2018, "publicly flipped on Trump and Giuliani and implicated them in the anti-Biden schemes in Ukraine" and "assisted House Democrats with their impeachment inquiry against Trump in 2019." And Fruman, Cohen points out, "worked closely with Parnas and Giuliani to dig up dirt on the Bidens in Ukraine."

Shokin, according to Cohen, "allied with Giuliani to spread false claims of corruption against (Joe) Biden" and "falsely claimed he was fired because he was investigating Burisma, a Ukrainian energy company where Biden's son served on the board."