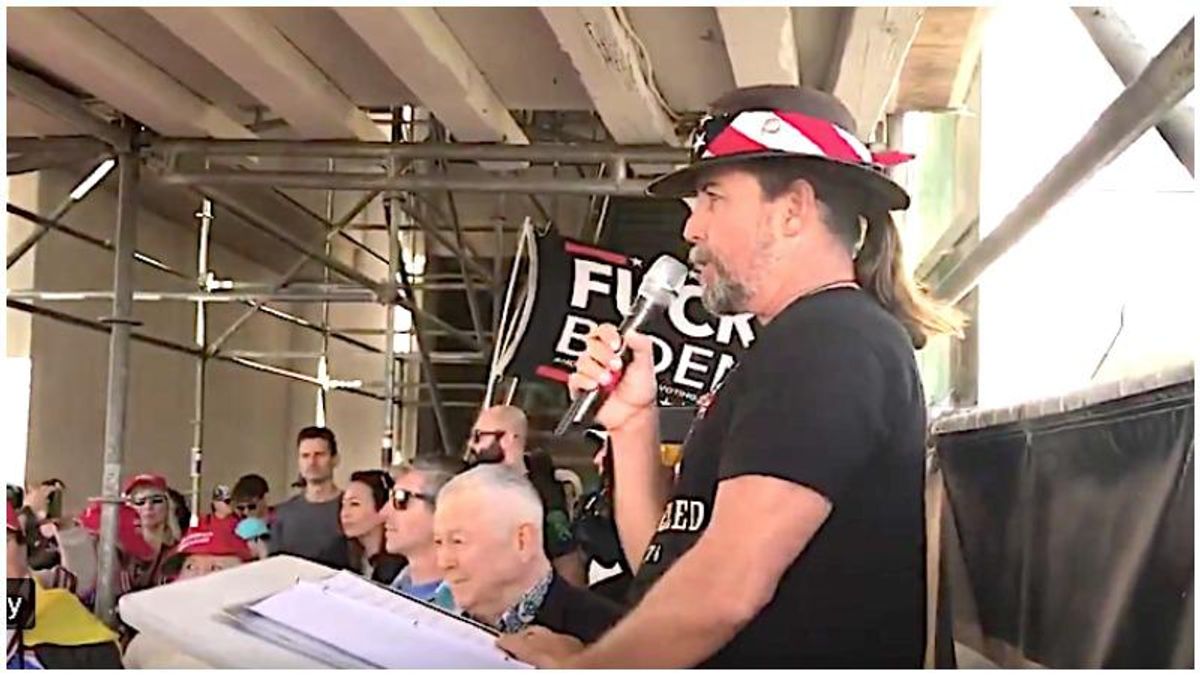 The FBI recently raided the homes of two men from Orange County, California, who sponsored a rally near the U.S. Capitol one day before the deadly attack on the building by a mob of Trump supporters on Jan. 6. According to CNN, it's the first time search warrants have been served involving people who organized and spoke at rallies before the attack.

The homes raided belong to Russell Taylor and Alan Hostetter, who run the "American Phoenix Project," which co-sponsored a pro-Trump rally near the Supreme Court on Jan 5. Neither of the men has been charged yet.

During the rally, Hostetter told the crowd to prepare for "war tomorrow" against "vipers" in Congress who refused to reverse the results of the 2020 election. Taylor told the crowd, "We will not return to our peaceful way of life until this election is made right."

As CNN points out, Taylor and Hostetter are "well documented" promoters of conspiracy theories ranging from QAnon to false claims about the COVID-19 pandemic.

Taylor's lawyer said the agents were "just gathering information on people that were at or near the Capitol building on the day in question," adding that his client "cooperated with investigators" and the search was finished "without incident."