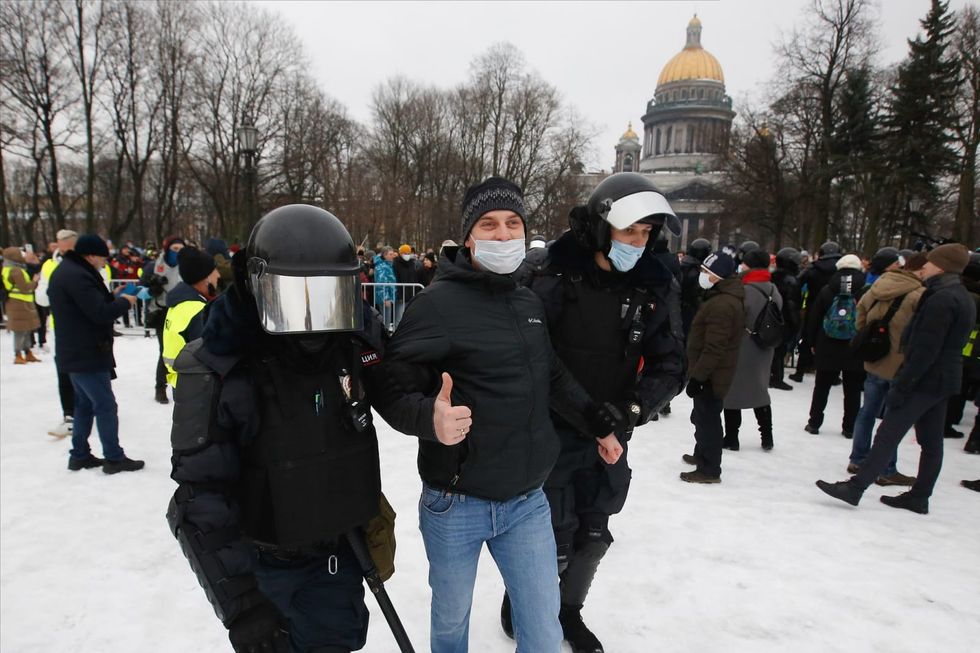 Pro-Navalny protest in Saint Petersburg - Police officers arrest a protester during a demonstration against the detention of the Russian opposition leader Alexei Navalny who was arrested on his return to Russia from Germany. - Sergei Mikhailichenko/SOPA Images via ZUMA Wire/dpa

More than 3,400 people were detained when demonstrators took to the streets across Russia to demand the release of jailed dissident Alexei Navalny, civil rights activists said on Sunday. Of those, at least 1,360 were detained at the largest of Saturday's protests in the capital Moscow, activist portal OVD-Info said. Another 523 detentions were made in St Petersburg. Russia's children's rights commissioner said around 300 minors were among those taken into custody. Tens of thousands of protesters gathered in 100 cities across the length and breadth of Russia on Saturday, from the far eastern ci...