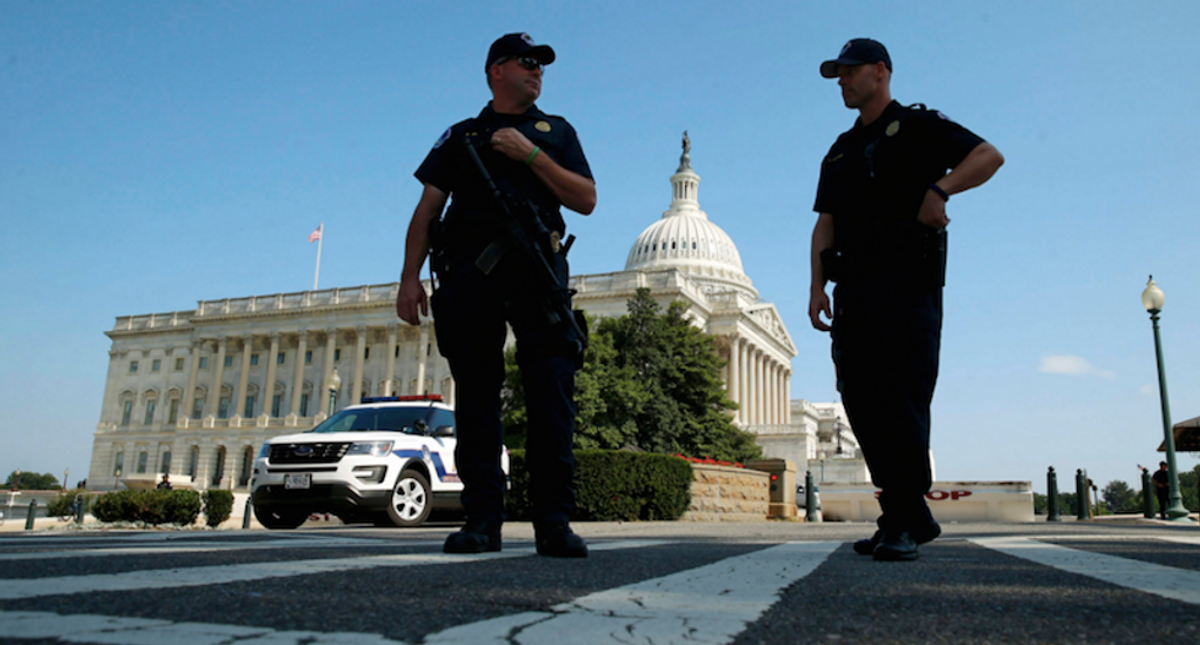 Among other things, Russian pundits are insinuating that the "deep state" staged the Capitol attack, as well as the police suicides and the hanging of Belarusian activist Vitaly Shishov, the Daily Beast reported Thursday.

"Shishov, who headed an organization that helped dissidents escape the clutches of the Belarusian dictator Alexander Lukashenko, was found dead in Kyiv, Ukraine under highly suspicious circumstances," said the report. "Ukrainian authorities are investigating his death as either a suicide or a murder staged to look like suicide. Only days earlier, Shishov's organization known as 'Belarus House in Ukraine' had helped the husband of a Belarus Olympian Krystsina Tsimanouskaya escape to Ukraine."

State TV host Olga Skabeeva said that America "has the most to gain" from the murder of Shishov, who fought to help rescue people who wanted to flee Belarus. It's unclear how exactly the U.S. is impacted by people fleeing Belarus to Ukraine, but that conspiracy could be forthcoming.

"Curiously, all of this unfurled after Tsikhanouskaya went to America... After she met with Joe Biden," Skabeeva exclaimed according to the Beast. It's a curious claim because Biden met with Tsikhanouskaya July 28 and then with UK Prime Minster Boris Johnson on Aug 3, the day that Shishov died. So that conspiracy theory doesn't even make sense.

Rossiya-1 special correspondent Valentin Bogdanov claimed, "sooner or later, the officers will have to testify before the Committee."

Skabeeva claimed, "there will be no one left to testify," implying that the police are being killed for some reason.

Together they celebrated Fox News host Tucker Carlson, who is in Hungary this week trying to make people care about the dictator there. They claimed he's the only one to trust.

"I don't believe that Americans killed him," said Sharij to a "grim-faced" host.

"Every political asylum ends like this. It turns out this way for all the traitors," Zhuravlyov said.

Read the shocking story at the Daily Beast.