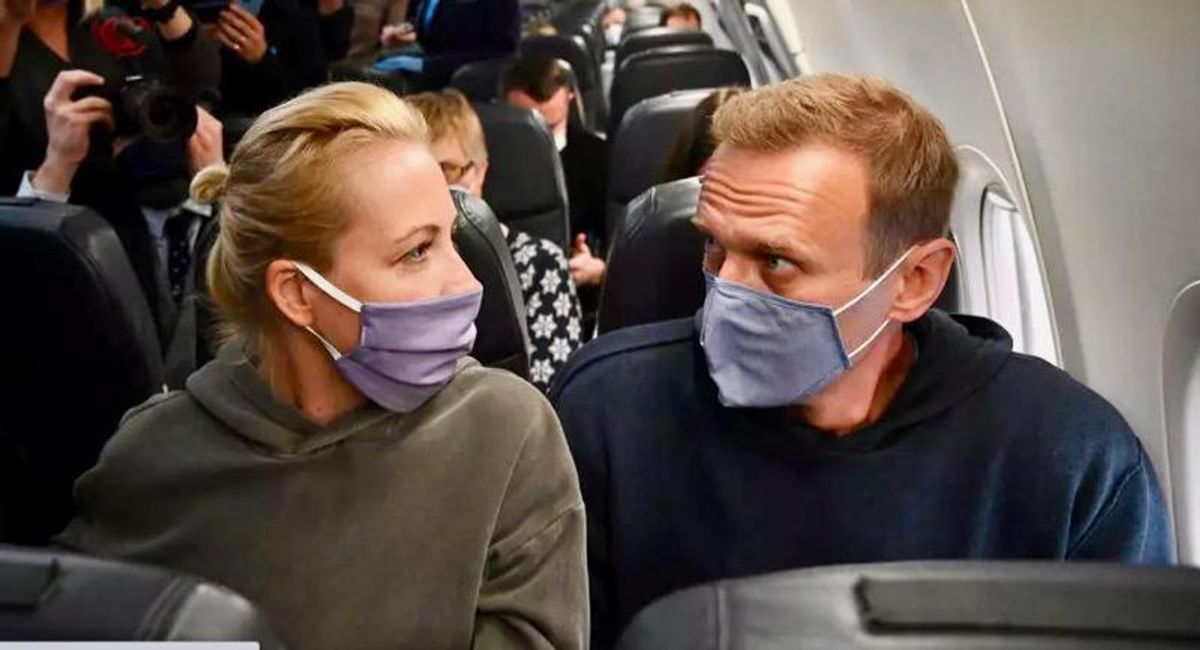 His allies are planning to hold demonstrations on Saturday in dozens of cities in support of the Kremlin critic, who was arrested and jailed on his return to Russia following a near-fatal poisoning with a nerve agent.

"Attempts to hold unsanctioned public events, as well as any provocative actions on the part of their participants, will be regarded as a threat to public order and immediately suppressed," Moscow police said on Friday.

Navalny's associates urged Russians to take to the streets despite official pressure and promised financial help to protesters given fines on Saturday.

"Putin is doing everything to intimidate you," Ivan Zhdanov, the head of Navalny's Anti-Corruption Foundation, wrote on Facebook.

Several close Navalny associates, including prominent activist Lyubov Sobol and his spokeswoman Kira Yarmysh, were detained late on Thursday for calling on Russians to join the demonstrations and faced hefty fines and short jail stints.

Sobol, 33, is accused of repeatedly violating legislation on public gatherings, which carries a maximum fine of up to 300,000 rubles ($4,000), her lawyer Vladimir Voronin told AFP.

Sobol, who has a small child, is not likely to be given jail time on Friday, Voronin said.

But he cautioned that if she is found guilty, authorities could later open a criminal probe against her.

Yarmysh, a 31-year-old Navalny spokeswoman who spent the night in jail, is accused of violating legislation on public gatherings and could be detained for 10 days, her lawyer Veronika Polyakova told AFP.

A number of Navalny allies were also detained in the regions, including the coordinator for the opposition politician's offices in the Far Eastern city of Vladivostok and a volunteer in the Western exclave of Kaliningrad.

Both were jailed for three days.

Prosecutors have warned Russians against taking to the streets during the coronavirus pandemic, while the state communications watchdog cautioned social media platforms including video app TikTok against encouraging minors to participate in the rallies.

Last week Navalny, 44, returned to Russia from Germany, where he had been recovering from a poisoning with the Novichok nerve agent in an attack he blamed on Russian security services and President Vladimir Putin.

After his arrest his team released an investigation into an opulent Black Sea property allegedly owned by Putin.

The two-hour video report had been viewed more than 53 million times since its release on Tuesday, becoming the Kremlin critic's most-watched YouTube investigation.

"Putin has nothing to do with this," Peskov said, adding that the mansion -- which the report claimed is being protected by the FSB domestic intelligence -- might belong to a businessman.

Following Navalny's arrest and latest graft report, many Russians took to social media -- including TikTok, a video app popular among teens, and even dating app Tinder -- to voice support and urge a large turnout on Saturday.

A number of public figures -- including those who usually steer clear of politics -- have spoken out in support of the jailed opposition figure.

"This is not about politics but about civil society and justice," she said.