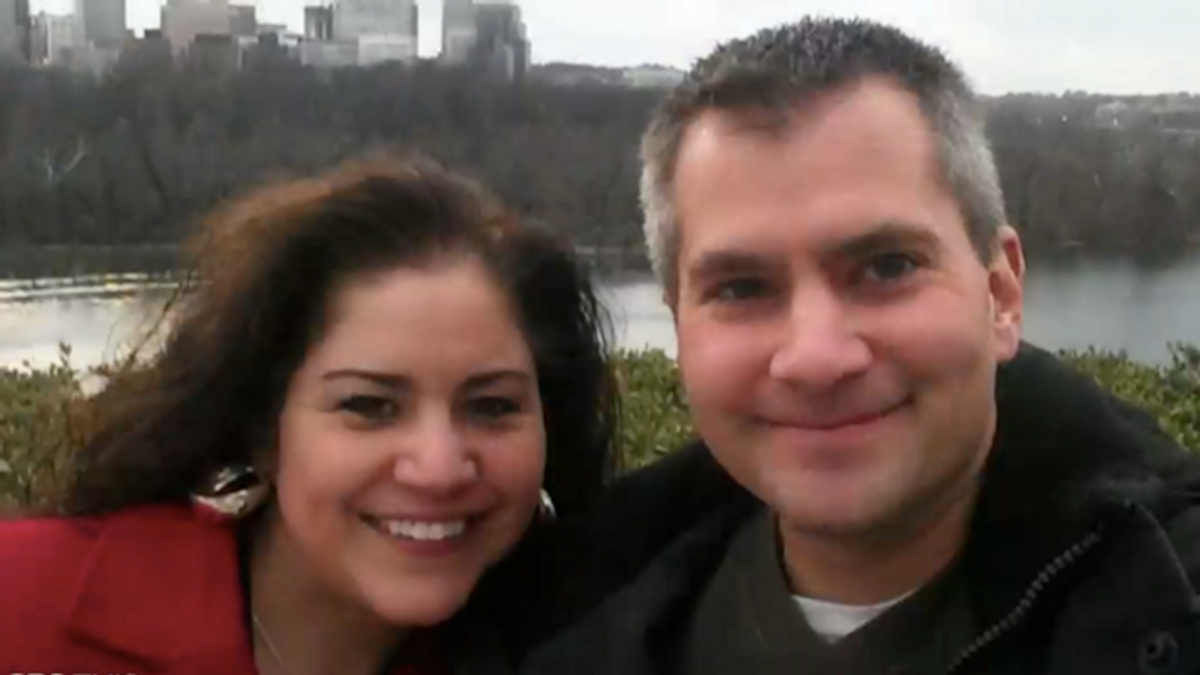 Garza says that Trump's refusal to acknowledge her late partner's sacrifice was both "unforgivable and un-American."

Garza also describes her reaction when she watched footage from the Capitol riots and feeling incredulous that Trump didn't immediately step in to tell his supporters to stop attacking police.

"As I watched the videos, I couldn't believe my eyes," she writes. "I saw officers being brutalized and beaten, and protesters defying orders to stay back from entering the Capitol. All the while, I kept thinking, 'Where is the President? Why is it taking so long for the National Guard to arrive? Where is the cavalry!?'"

"As the months passed, my deep sadness turned to outright rage as I watched Republican members of Congress lie on TV and in remarks to reporters and constituents about what happened that day," she says. "Over and over they denied the monstrous acts committed by violent protesters."