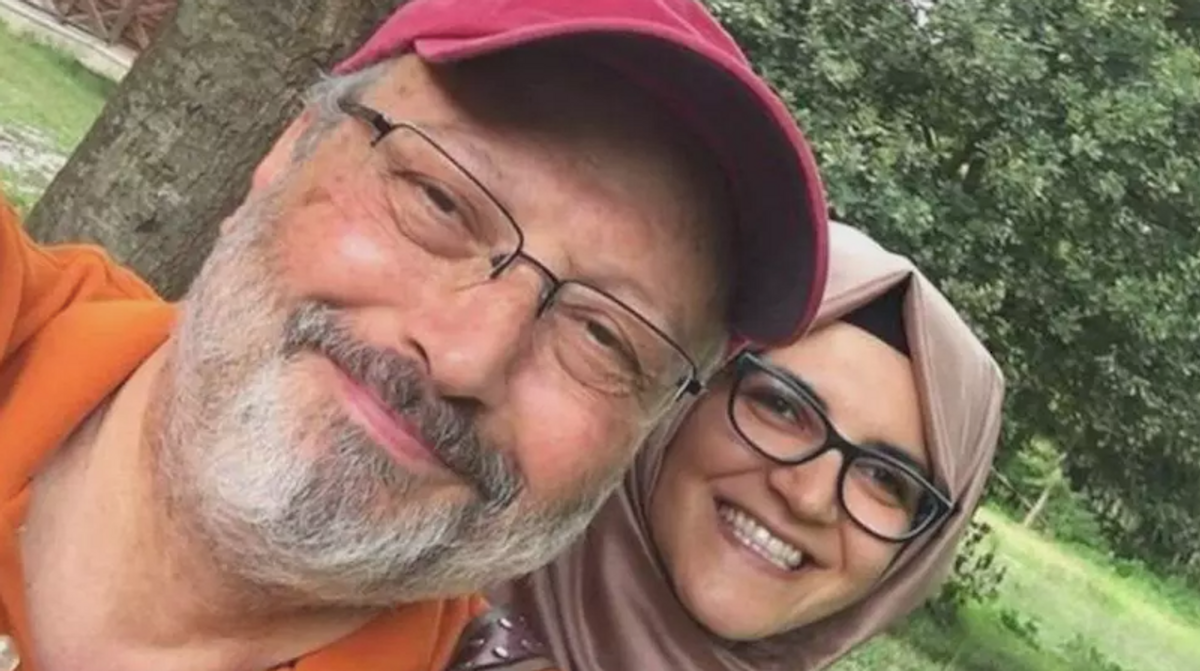 Saudi journalist Jamal Khashoggi, who was assassinated in 2018, with his fiancée Hatice Cengiz. © FRANCE 24

Cerberus did not immediately respond to a request for comment from Reuters.

In response to the Times report, State Department spokesman Ned Price said under the law the department cannot comment "on any of the licenced defence export licencing activity alleged in media reporting."

Price also said U.S. policy towards Saudi Arabia "will prioritise the rule of law and respect for human rights."

Khashoggi, a U.S. resident who wrote opinion columns for the Washington Post critical of Saudi Crown Prince Mohammed bin Salman, was killed and dismembered by a team of operatives linked to the prince in the kingdom's consulate in Istanbul in October 2018. A U.S. intelligence report in February said the crown prince had approved an operation to capture or kill the journalist.

Cerberus senior executive Louis Bremer confirmed his company's role in the training of four members of the Khashoggi kill team last year in written answers to questions from members of Congress as part of his nomination for a senior Pentagon job in former President Donald Trump's administration, according to the Times.

But the lawmakers never received the answers because the Trump administration does not appear to have sent them to Congress before withdrawing Bremer's nomination, according to the Times, which said Bremer provided it with the document.

Bremer said the U.S. State Department and other government agencies are responsible for vetting foreign forces trained on U.S. soil, the Times reported.

A shouted-outed question from Fox New's Peter Doocy pulled President Joe Biden up short on Thursday, with the president turning and attempting to explain why American's need to mask up again due to the resurgent COVID-19 health crisis.

Following an address to the press, Biden began to walk off which led Doocy to point out that the president has previously said masks were becoming a thing of the past that led the president to tersely explain that things have changed due to the COVID variant that is rapidly spreading.

Risk of vaccine-resistant variants highest when most jabbed: study

Relaxing restrictions like mask-wearing and social distancing when most people have been vaccinated greatly increases the risk of vaccine-resistant variants of the virus that causes Covid-19, new research showed on Friday.

At a time when nearly 60 percent of Europeans have received at least one vaccine dose, the authors said their modelling study showed the need to maintain non-vaccination measures until everyone is fully jabbed.