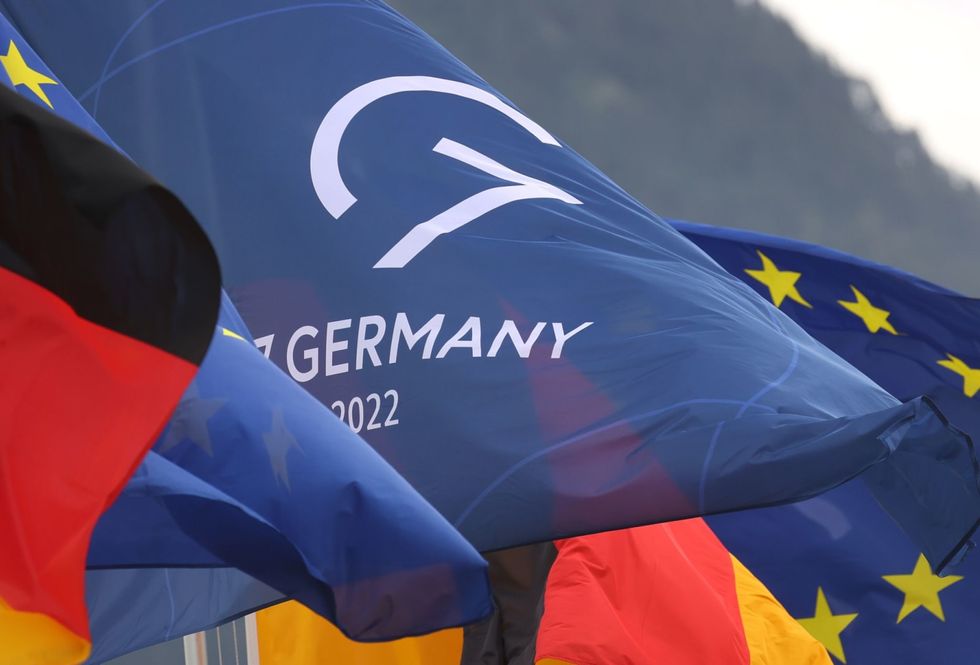 Flags of Germany, the European Union and the G7 Summit fly in front of the press center. The G7 summit is scheduled to take place at Schloss Elmau from 26 June till 28, 2022. Karl-Josef Hildenbrand/dpa

Before the start of the G7 summit in the Bavarian Alps, scientists have demanded more money for action on climate change from the participating countries.

More money is needed than the $100 billion that industrialized countries have pledged to countries particularly affected by global warming, Axel Berger of the German Institute for Development and Sustainability said in the Alpine resort of Garmisch-Partenkirchen near the summit venue on Saturday.

The seven leading industrialized countries and other guests will meet in the Elmau palace luxury hotel from Sunday. As Germany holds the G7 presidency, Chancellor Olaf Scholz is hosting.

Scholz said in a video message released on Saturday that he would propose the establishment of a "climate club" to enable states pursuing a switch from fossil fuels to work together.

But Berger demanded that the "climate club" also address the problems of developing countries and promote energy transition partnerships.

Multilateralism is under pressure, said Snower. Nevertheless, it remains important for solving problems that have to be addressed at the global level. Russia and its supporters could not be completely excluded from all forums, he said.

Snower and Berger were speaking at a press conference of the think tank network Think7, which is providing scientific expertise to the German G7 presidency.

Digital companies also need a uniform legal framework that gives users back control over their data, the group says.