Scientists working hard to make astronaut underwear cleaner than ever 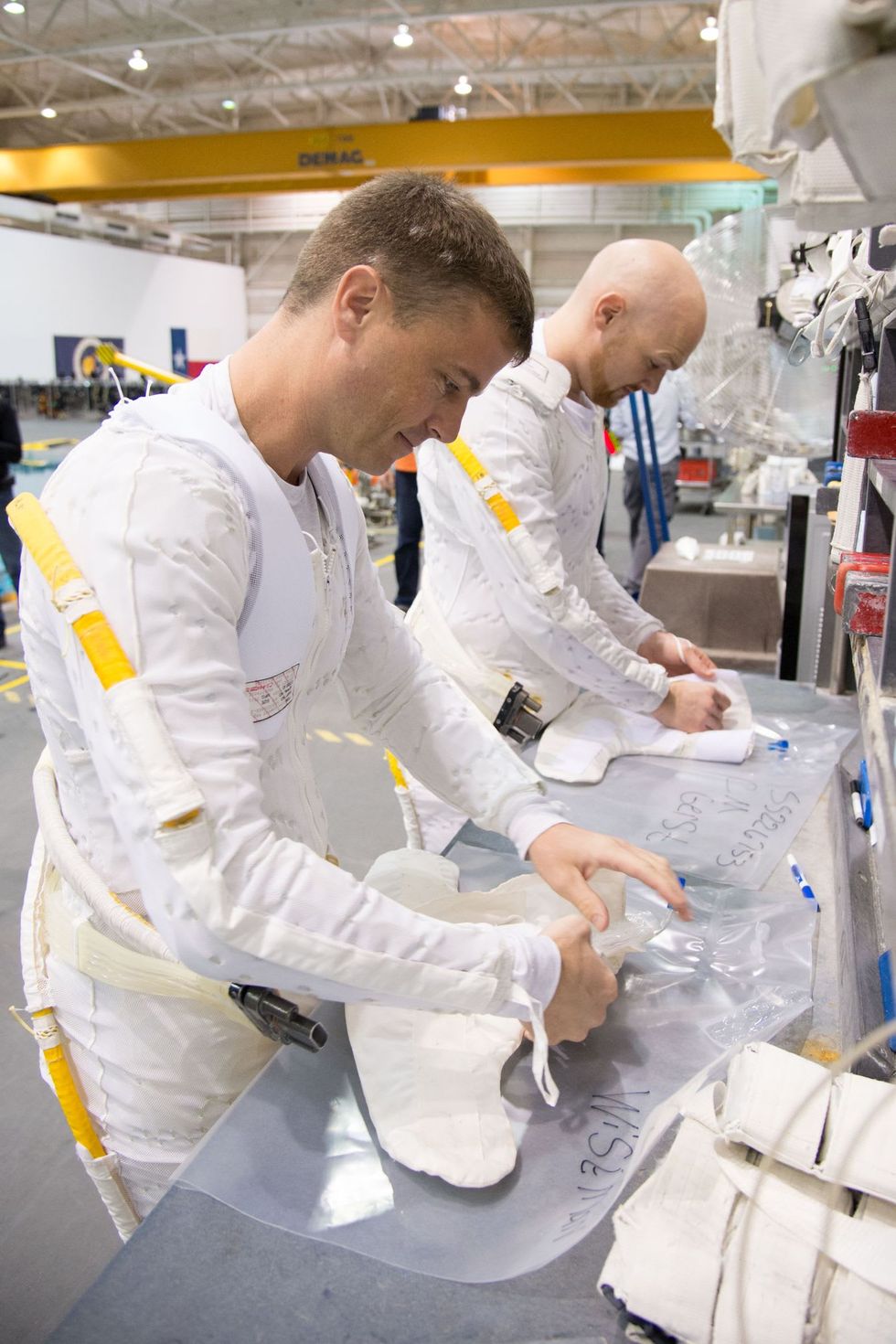 "Not every shooting star is romantic," says Gernot Groemer.

After all, the glowing objects burning up in the sky as they re-enter the atmosphere are not necessarily meteorites heading to Earth.

Thanks to modern science, they might instead be capsules stuffed with trash, perhaps even astronaut's underwear, from the International Space Station (ISS), heading for a controlled crash landing.

But Groemer and his team of scientists at the Austrian Space Forum (OeWF) and the Vienna Textile Lab (VTL) are doing their best to make sure that the next shooting star you spot isn't just a bucket of space-frozen astronaut underwear.

Their goal is to make sure the underwear astronauts wear can be worn for longer, and thrown away less frequently, while still promoting hygiene.

It's a pressing problem. Space missions in general and space walks in particular are becoming more commonplace and lasting longer. If something isn't done to ensure microbes don't fester in people's unmentionables, flights to the moon, Mars and beyond could be endangered.

"The more time we spend in new capacities in manned space stations, the more unpleasant experiences we are likely to face," says Groemer.

Until now, astronauts have worn their underwear for a few days and then disposed of it. Outer space missions involve the traveller first putting on a diaper, followed by their personal underwear. Then comes a third layer, which helps with cooling. But this is shared between crew members and it not washed between uses.

"That's particularly problematic for hygiene," says Groemer. The material currently in use contains bacteria-fighting silver threads, but that's not an ideal long-term solution as there are potential side effects.

The European Space Agency, which contracted the problem to the OeWF, is hoping new ideas will be found by 2023, which is why the OeWF called on the VTL for help.

VTL is a small Vienna-based start-up that had the idea of fighting fire with fire, or letting dangerous bacteria be contained by the excretions of other bacteria.

The trick now is to see how this method can be employed under the specialized conditions of space.

"There's a very unique microbiome that operates in space. There's no balance like on Earth," says VTL boss and chemist Karin Fleck.

According to Scott Kelly, a US astronaut who spent significant time in space, the air on the ISS does not smell good: its a mix of fragrances of disinfectant, trash and sweat.

Astronauts also run a higher risk of skin disease, as in zero gravity, sweat disperses differently on the body, according to Fleck. That means textiles that can keep bacteria in check are needed in more areas than just underwear.

In principle, that means space services should be thinking about complete outfits and important items like gloves, says Fleck. Her group's testing also considers how the materials will react with moon dust or to radiation, she notes.

"We're at least confident that it works," she says.

There is also interest in this area of work on Earth, too. Talks are already under way with textile producers, says Groemer. After all, lots of people are interested in keeping underwear fresher for longer, as this would help the environment.

The textile teams are hoping to learn more from their own teams of ground-based astronauts who simulate space-based jobs on earth in full spacesuits. A recent project saw them working in the Negev desert in Israel.

The OeWF has already carried out 12 such missions. "Austria has some niches of expertise when it comes to space travel," Groemer said.

The work is important, as Mir space station shows the harm that bacteria and fungus can do, as by the time it was decommissioned, Mir was so polluted with microbes that it was no longer usable.

"Our research isn't so glamorous, but it's important," said Groemer.

Among their next projects is coming up with a washing machine that will work on Mars. One idea is to take the carbon dioxide that is present there to create the necessary moisture, he said. "That would be the high-tech solution."