Scotland's leader to face vote of no confidence 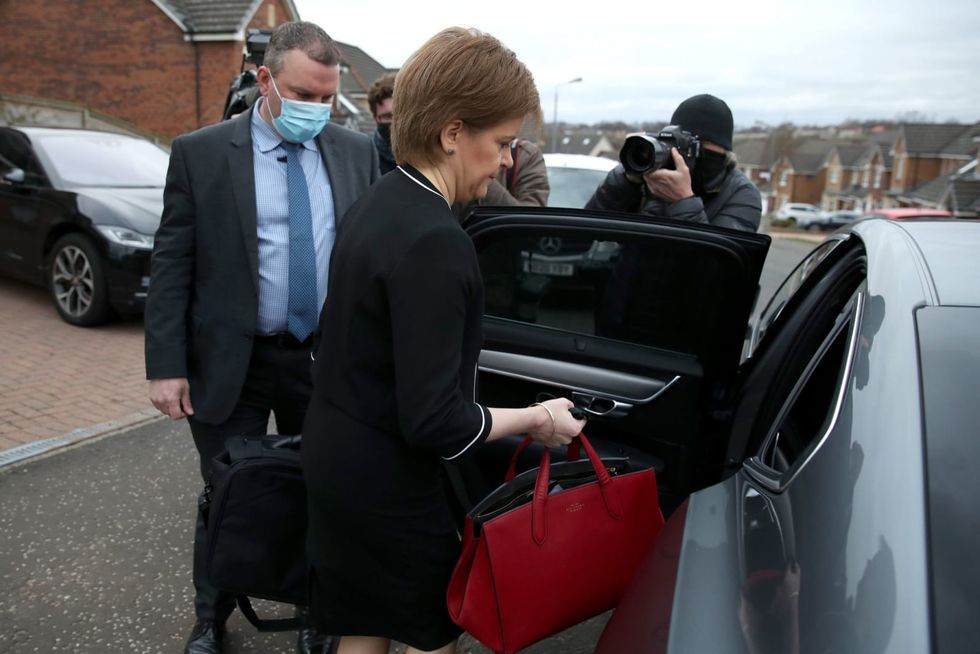 Committee incriminates Scotland's leader - Scottish First Minister Nicola Sturgeon leaves her home after an independent inquiry concluded she did not breach the ministerial code in her actions following harassment allegations made against her predecessor Alex Salmond. - Andrew Milligan/PA Wire/dpa

Scottish leader Nicola Sturgeon is facing a vote of no confidence later on Tuesday, after criticism surfaced surrounding how her government handled an investigation into her predecessor.

Sturgeon, First Minister for Scotland and leader of the country's Scottish National Party, was accused of misleading the Scottish parliament during an investigation into her predecessor, Alex Salmond.

Salmond was accused of sexual harassment in 2018, which led to the Scottish government launching an investigation.

The politician, who denied the claims, was concerned about how the case was handled and subsequently took the government to court, which found that the government's investigation was "unlawful" and "tainted with apparent bias."

Sturgeon has admitted there were failings in how her government handled the inquiry, and referred herself for an investigation into whether she broke the so-called ministerial code.

On Monday, the result of the investigation was published, and it stated she had not broken those guidelines.

The opposition Scottish Conservatives nonetheless tabled a motion of no-confidence against Sturgeon on Monday, after a separate inquiry by the Scottish Parliament Committee was leaked, which found Sturgeon's government's approach was "seriously flawed."

The inquiry, which was finally published Tuesday, found Sturgeon gave an "inaccurate account" of meetings she had with Salmond during her government's investigation, and therefore had "misled" the inquiry members.

However, it is likely that Sturgeon will survive the motion as the Scottish Green Party has said it will not support it.