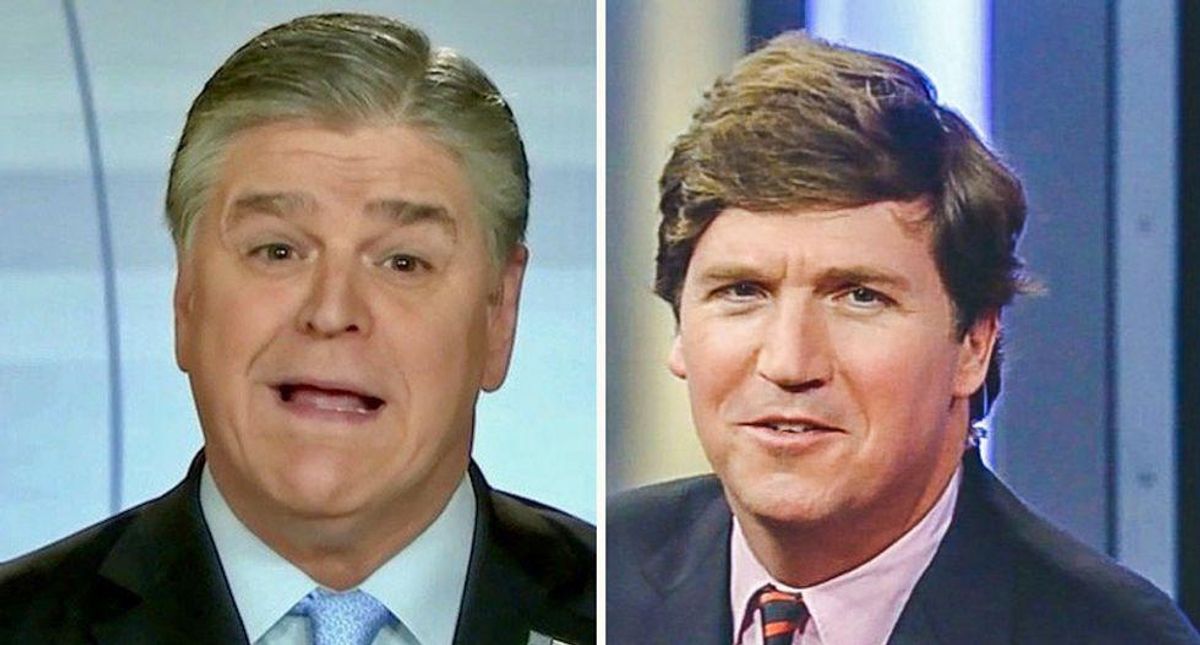 The tweet was simply a retweet with two "eye" emojis. The initial tweet came from NBC News senior media reporter Dylan Byers, who tweeted a screenshot from Pop B*tch, which has been sending out a weekly gossip email for over two decades.

"The New York Times ran a column this week about how Fox News pundit Tucker Carlson – who made his name railing against the mainstream media, calling them "animals… not worthy of respect" – is actually a massive gossip and a regular anonymous source for many media stories about Trump, Fox and even himself. Keen to protect his colleague's honour, Sean Hannity rushed to attack the piece on air, trashing the NYT in time-honoured Fox News fashion. But Hannity might not have been quite so quick to jump to his defence if he knew how Tucker spoke about him in those off-the-record gossip sessions," the site noted. "Any brothers-in-arms, comrades-in-crusade spirit between the two appears to only flow one way. Turns out one of Tucker's favourite topics to chuckle about with his MSM mates is how much of a cringing Trump sycophant Sean is."