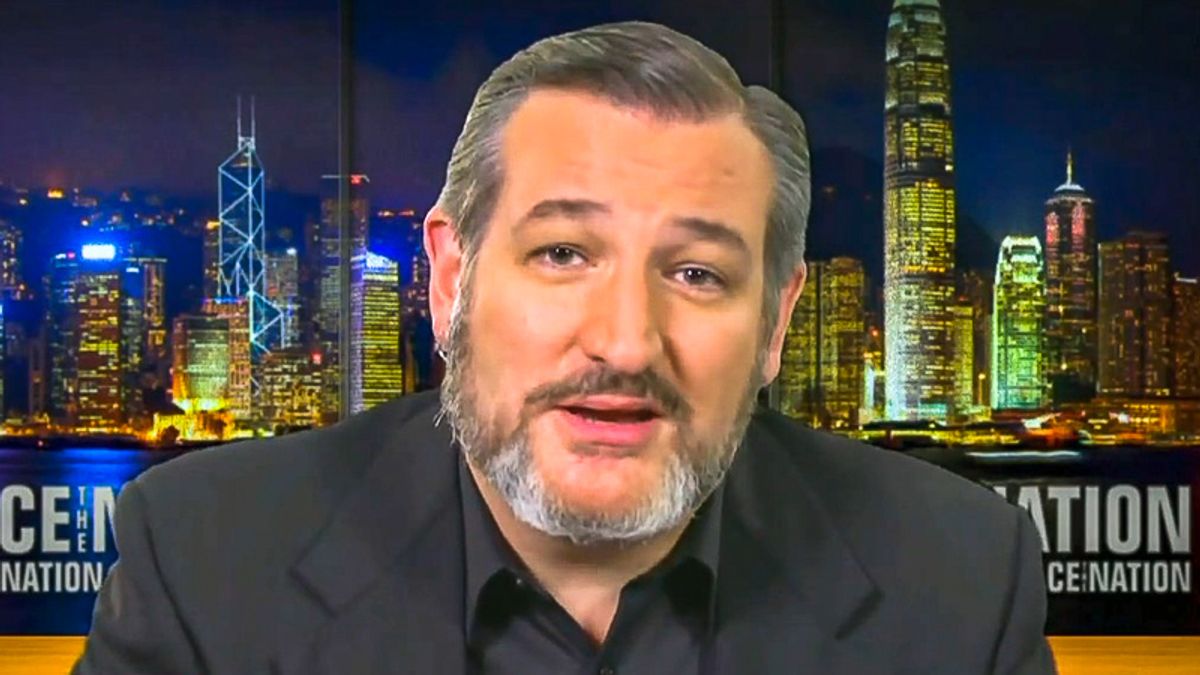 Sen. Ted Cruz (R-TX) attempted to distance himself from the insurgency at the U.S. Capitol by supporters of Donald Trump who supported GOP efforts to overturn the 2020 election results.

Cruz was interviewed by NBC 5 News in Dallas on Wednesday about the violent terrorist attack designed to keep Trump in power despite losing the election.

Despite his own role in pushing the conspiracy theories about election fraud and legislative maneuvers to overturn the election, Cruz said "every one of those criminals needs to be prosecuted, fully prosecuted and sent to jail for a very long time."

"The job that I was elected to do is to fight for the people of Texas, and what I was doing is debating on the floor of the senate... election integrity. How we can protect the integrity of our elections. That has nothing to do with this criminal terrorist assault which was wrong and needs to be prosecuted. And it is exactly the opposite. What I was doing was how you are supposed to resolve differences in this country debating in the United States Congress, in the Senate," Cruz argued.

Cruz did, however, think that Trump may be partly responsible for the terrorist attack.

"Look, I think he plainly bears some responsibility, at the end of the day, criminals are responsible for their own conduct, and the terrorists, who conducted that attack they bear the responsibility but I think his angry rhetoric was reckless and I think it was harmful," added Cruz.

Cruz discounted those calling for his resignation due to his own angry and reckless rhetoric.

"I think it is people playing politics," Cruz claimed.