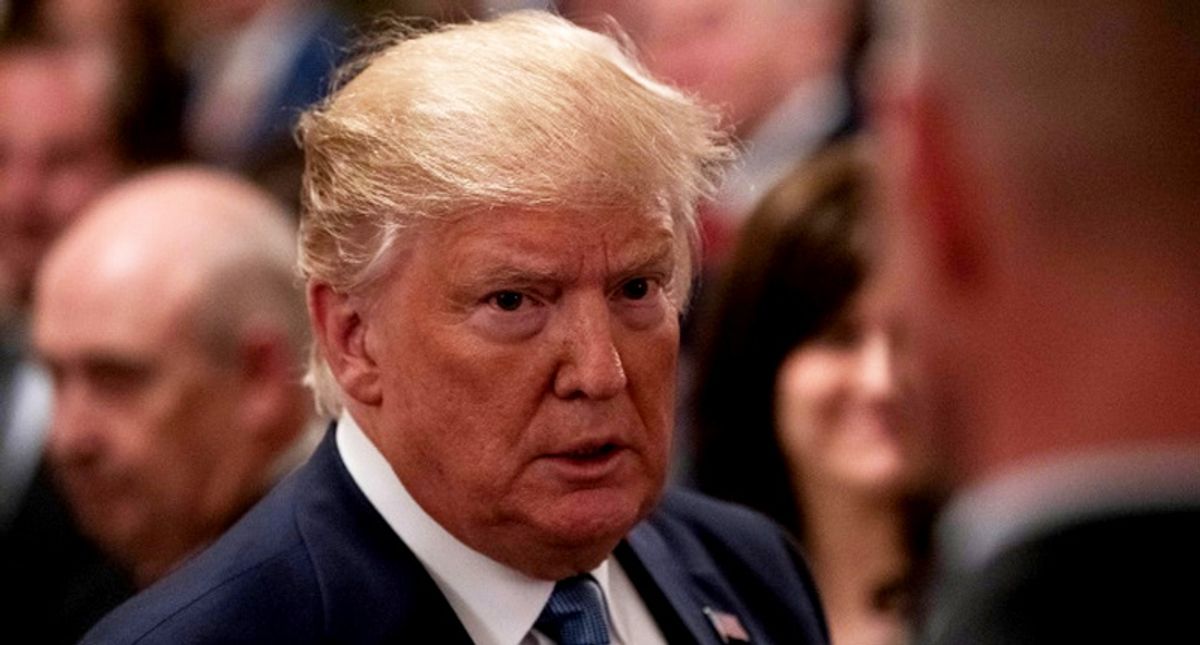 Biographer of President Donald Trump, Tim O'Brien, penned TrumpNation. The 2005 story details what it is like to be the larger than life figure who spends "most evenings he's at home watching TV and munching Oreos." But in a recent Bloomberg column, O'Brien explained that the United States would spend a very long time trying to deal with the aftermath of his presidency.

"Nothing in his past had prepared him for the presidency or for effectively managing a bureaucracy as complex, influential and sprawling as the federal government," wrote O'Brien.

"I know how to fix it," Trump infamously proclaimed. "I alone can fix it."

O'Brien called it "a hollow claim four years ago, and it remains so today, as Trump winds down his last month in office. It's also unfortunate that two primo examples of Trump's ineptitude landed with full force over the past week. They're reminders of the devastating consequences of living with a president who has no interest in putting his shoulder to the wheel so he can capably manage the country's affairs."

His failures rolling out the COVID-19 vaccine shouldn't come as a surprise given Trump bought into the "herd immunity" theory of curing the virus. The president seems more focused on taking credit for the vaccine than he does in distributing it.

While Operation Warp Speed helped to contribute to a speedy vaccination, O'Brien said that "there's reason to suspect that the government is mismanaging distribution."

There are already problems. Some states were promised doses only to find out what they got was less than expected. There's a lot of relief but also a lot of confusion. Where is President Trump? He appears to be tweeting and watching a lot of Fox News.

The second example of Trump's failures in office stems from the recent announcement that Russia, again, hacked the U.S. government and that the president suggested it was probably China, not Russia. His government clarified that he was wrong. Even that comment took a week for him to say about the cyberattack.

"Perhaps some of this is due to the reality that Trump's repeated coddling and solicitation of Russian President Vladimir Putin has had visible and detrimental consequences, including this recent cyberattack," said O'Brien. "Trump isn't one to acknowledge that his dances with dictators weren't really in his control. Perhaps he also realizes that he and his government were asleep at the switch for months while federal networks were being fleeced, and he's not one to acknowledge a failure such as that, either."

O'Brien said that while this may be some reasons for Trump's disinterest, another is that he simply doesn't care. It doesn't matter what he does, how many lawsuits there are or angry tweets at the Supreme Court; he'll be gone on Jan. 20.

"As surprised as anyone that he won the election in 2016, he immediately began leaning on others to run the government for him and has never cared for the responsibilities that come with occupying the White House," O'Brien recalled.

In the end, it is Trump's incompetence that will haunt him, and haunt America likely for generations, he closed.

Read the full editorial at Bloomberg.