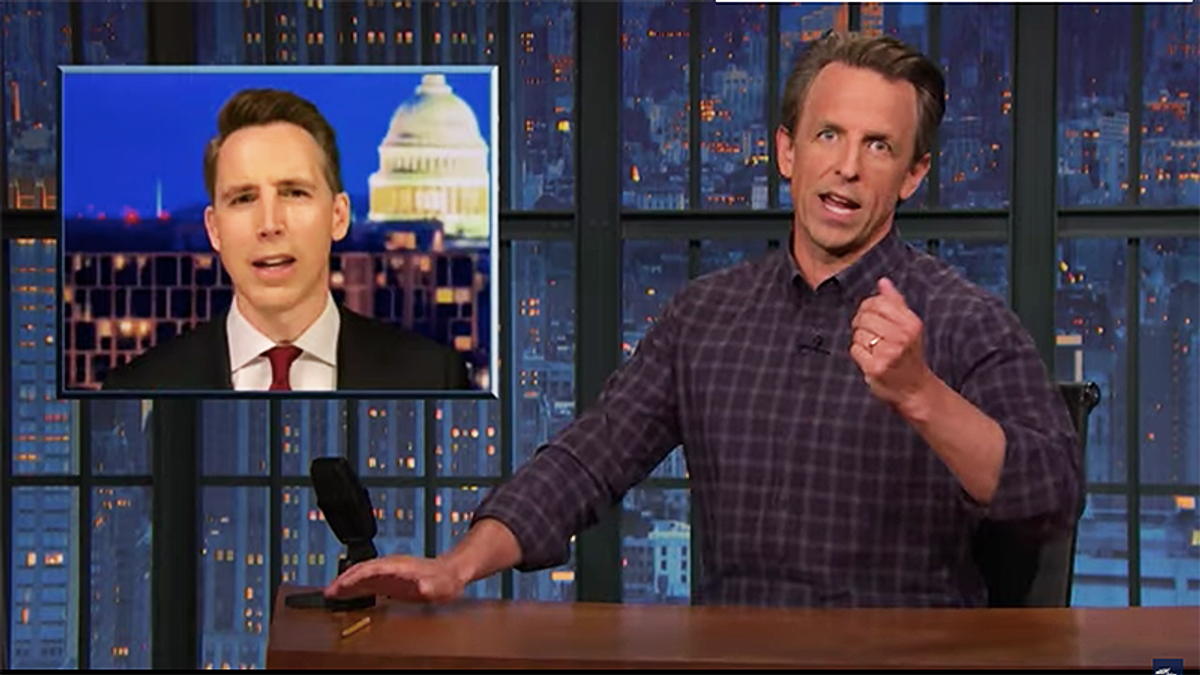 He said that the GOP likes to punish corporations like a dad angry about finding their kids smoking. "Oh, you're smoking Dad's cigarettes. Well, maybe you'd also like a glass of scotch and a nice steak too. You would? And how do you like it cooked? Hold on, I'm going to write this down so I don't get it wrong. Pink in the middle. Ok, I'll have that for you in one minute. Can I get you some bread while you wait and learn your lesson!?"

Meyers explained that it's clear Hawley, Cruz and Lee are "bullsh*t" because Democrats have actually taken on corporations using the Consumer Financial Protection Bureau to fight predatory corporate practices.

Now that President Joe Biden is proposing an infrastructure plan that would pay for itself by raising the corporate tax rate to 28 percent, maybe Cruz, Hawley, and Lee will get behind it as a way to punish the corporations for things they don't like.

Meyers went on to blast the Republicans for being the same guys who pretended to oppose "endless wars" when former President Donald Trump was in office. Now that Biden wants to bring troops home from Afghanistan, it's a whole different thing.

Watch his entire "Closer Look" segment in the video below: