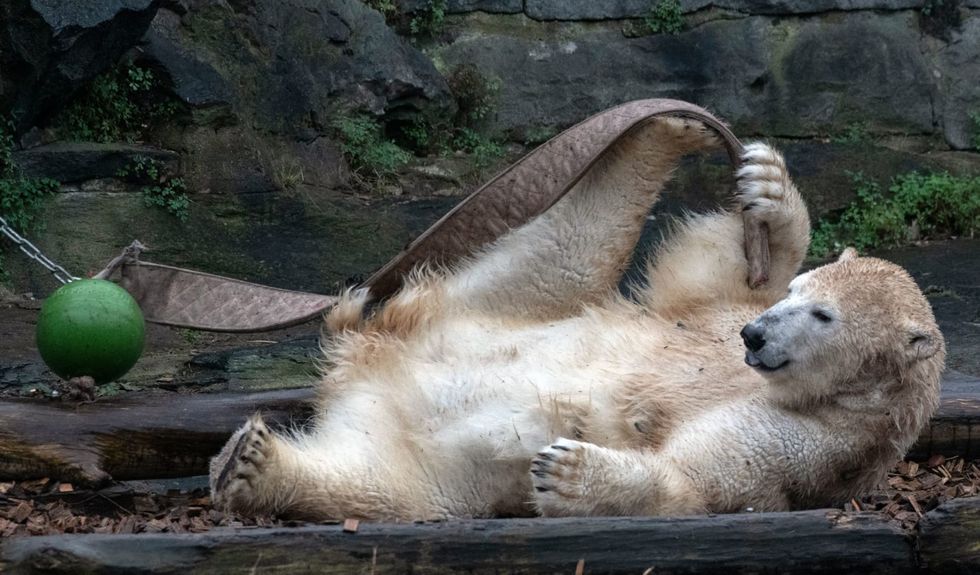 Animal lovers in Berlin got a shock on Tuesday when it was revealed that the parents of beloved polar bear Hertha are actually brother and sister.

The young Hertha - named after the local football team - was born in the Tierpark zoo in east Berlin in December 2018.

Her mother, Tonya, was born in Moscow in 2009, but was given the wrong documents, Tierpark director Andreas Knieriem said on Tuesday.

Volodya, Hertha's father, was sent to the Netherlands in 2019 from Berlin. He had the same parents as Tonya, according to the zoo's announcement on Tuesday.

The discovery was made when a biologist at the Moscow Zoo noticed contradictory information about Tonya's date of birth in old documents.

It turned out that another female polar bear was born in Moscow at around the same time.

A genetic analysis confirmed the suspicions that there had been a mix-up.

"This serious mistake is a regrettable setback for the careful work undertaken by the European breeding programme," Knieriem said.

He added, however, that this had been a case of human error and he did not ascribe any blame to Moscow. The staff there had been entirely transparent, he said.

Animal experts noted that there had been suspicions that Volodya and Tonya were related when the male bear arrived in Berlin in 2013. But the Tierpark had rejected the reports, said James Brueckner from the German Animal Welfare Federation.

The discovery means that Tonya will not be allowed to have any more children.

Hertha and her mother would still stay in Berlin for the time being, Knieriem said. Experts said that Hertha's incestuous origins did not have any ramifications for the young polar bear's health.