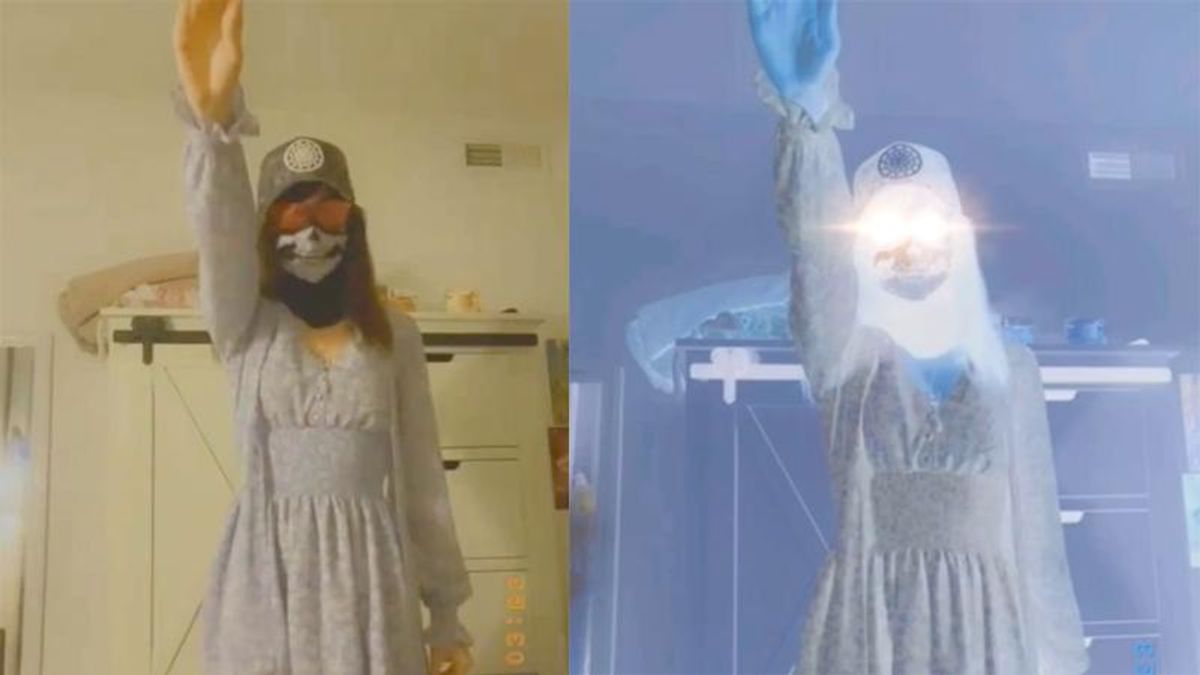 MSNBC's Rachel Maddow cited a WIRED/Bellingcat investigation into Riley Williams, a 22-year-old home care worker from Pennsylvania and a video that they believe was posted by her saluting Adolf Hitler.

Williams is the woman who, at the Jan. 6 Capitol attack, stole Speaker Nancy Pelosi's laptop with the intention of selling it to Russian FSB agents. She ultimately turned herself into the police, though it's still unknown where the laptop is.

Bellingcat investigated the specifics of the video, including the metadata, and a series of screen captures of other social media sites that helped lead them to their conclusions.

"The 36-second video opens with a young woman dancing in a dress while wearing a hat, glasses and a mask decorated with a skull. These skullmasks were adopted as a symbol by Atomwaffen and similar accelerationist Nazi terrorist groups back in 2017," the report explained. "Her hat features a Sonnenrad, or Black Sun, an occult Nazi symbol also popular with Atomwaffen. Christchurch shooter Brenton Tarrant wore a Sonnenrad patch on his body armor while massacring 51 people on New Zealand's South Island in 2019."

The mask worn in the video also appears in several of Williams' videos and photos that she has posted on social media accounts.

"The antifascist researcher who found this footage said they came across it in November of 2020 while browsing through neo-Nazi telegram channels," the report said.

"The video caught my eye both because accelerationist networks are predominantly male and the combination of the message and editing has shock value. I downloaded it and forgot about it until I saw a photo emerge of Riley Williams wearing a skull mask following the Capitol riot," said the researcher.

There's significantly more information on how Bellingcat was able to walk through the video and compare it to other Williams' social media on the website you can read here.

Riley Williams has been released on bail.

See the full report from Maddow and Richard Engel below: