WATCH: ‘Kraken’ lawyer says Trump ‘can simply be reinstated’ as president — despite the Constitution 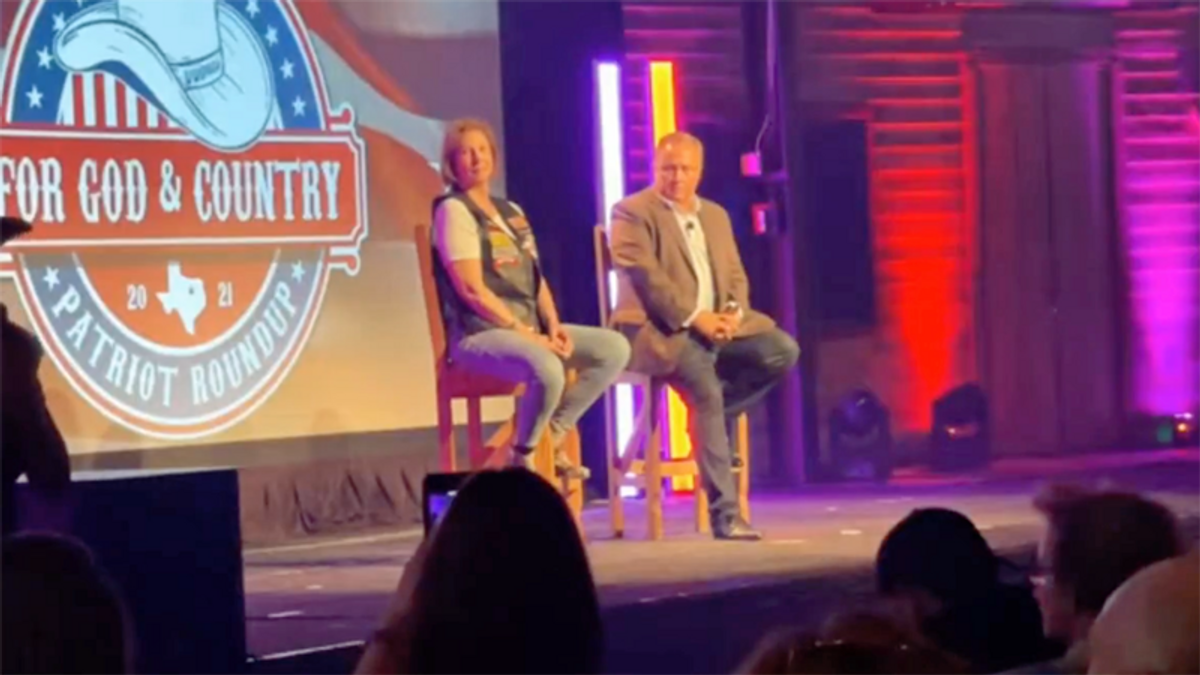 Controversial former Trump lawyer Sidney Powell on Saturday falsely claimed that the former president could be "reinstated" as president while speaking at a QAnon conference in Texas.

Powell is one of the leading proponents of the "Big Lie" that Trump won the election that incited the violent January 6th insurrection at the U.S. Capitol.

Powell said, "he can simply be reinstated" — despite the U.S. Constitution offering no such provision.

"And Biden is told to move out of the White House," she continued, ignoring the fact that Biden won the 2020 election and was sworn-in for a four-year term.

She herself then noted that the date of the inauguration is defined in the Constitution.

However, it should be noted, that Sidney Powell is currently attempting to use the legal defense that no reasonable person would believe her.

At the "Patriot Round Up" QAnon conference in Dallas, Sidney Powell informs the crowd that Trump won't get credit f… https://t.co/X2EWaQFnca
— Travis View (@Travis View) 1622338182.0