"Florida Democratic Agriculture Commissioner Nikki Fried said Friday she is going after a charity run by Sidney Powell, a former attorney for former President Donald Trump who amplified conspiracy theories in the wake of the 2020 election cycle," Politico reported Friday. "Fried's office alleges that the Powell-run charity, known as Defending the Democracy, did not properly register with the state and has been deceptively soliciting donations on its website, which lists a West Palm Beach address."

Powell infamously said she would "release the Kraken" as part of her efforts to overturn the 2020 election. While she failed in court, her "Big Lie" that Trump won culminated in the January 6th insurrection at the U.S. Capitol.

"Defending the Democracy is an affiliate with Sidney Powell, former attorney for former President Donald Trump, and established as a legal front involved in conspiracies in the so-called rigged presidential election," Fried said. "If you take advantage of Floridians, if you think the rules do not apply to you, we will release a Kraken of our own."

Fried, who is challenging Republican Gov. Ron DeSantis in the 2022 midterms, warned Powell's organization could be a complete scam.

"For all we know, Sidney could be pocketing all the money," Fried said. "We just don't know." 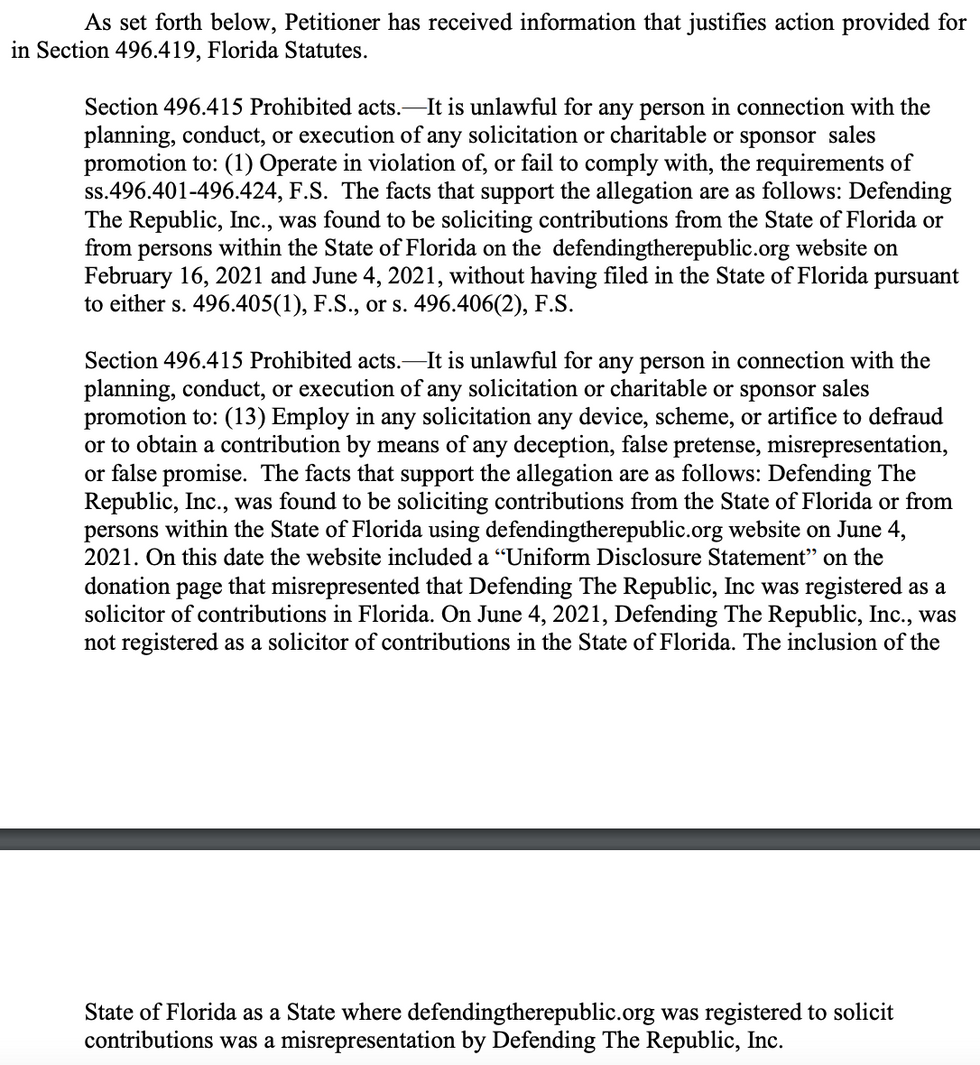 Administrative complaint against Defending the Democracy.Screengrab.