Beyond the Olympic’s facade of glitz, glamour and gold there’s a glaring and controversial regulation — the International Olympic Committee’s (IOC) Rule 50. Rule 50 prohibits athletes from demonstrating during competition or on the podium.

Two years ago, IOC member Dick Pound stated that “athletes remain free to express their opinions in press conferences, in media interviews and on social media.” But the Athletes Declaration is clear — all Olympians must “comply with applicable national laws.”

This includes forgoing their right to freedom of speech and expression while in China because of the regime’s vague law against “picking quarrels and provoking trouble.”

With the 2022 Beijing Olympics looming, Pound has been assuring Olympic critics that “there is absolutely nothing wrong with China” as an Olympic host.

If Pound’s commentary leaves you with an unsettling sense of déjà vu, there’s a good reason for that. Addressing 205 national Olympic committees before the 2008 Beijing Olympics, IOC President Jacques Rogge downplayed threats to freedom of speech saying:

“A person’s ability to express his or her opinion is a basic human right and as such does not need to have a specific clause in the Olympic Charter because its place is implicit.”


In addition to restrictions imposed by the IOC and China, many active athletes are contractually bound by their Olympic federation’s code of ethics to refrain from making “adverse comments” on executive decisions.

Even if the IOC gave athletes the green light to protest, such actions would be ill-advised since China’s authoritarian regime is notorious for its arbitrary detentions.

The IOC’s silence suggests that it is aligning itself with China rather than championing Olympic athletes, while stifling growing criticism regarding its own hollow commitments to human rights.

Citizen Lab at the University of Toronto’s Munk School of Global Affairs and Public Policy recently determined that an application all athletes are required to download for submitting health and customs information has a “devastating flaw where encryption protecting users’ voice audio and file transfers can be trivially sidestepped.”

On the same day the security flaw was revealed, Beijing Organizing Committee official Yang Shu explained that athletes could indeed be punished for political statements to journalists and on social media.

In fact, the committee will have departments dedicated to monitoring Olympians’ speech for the duration of the Games. 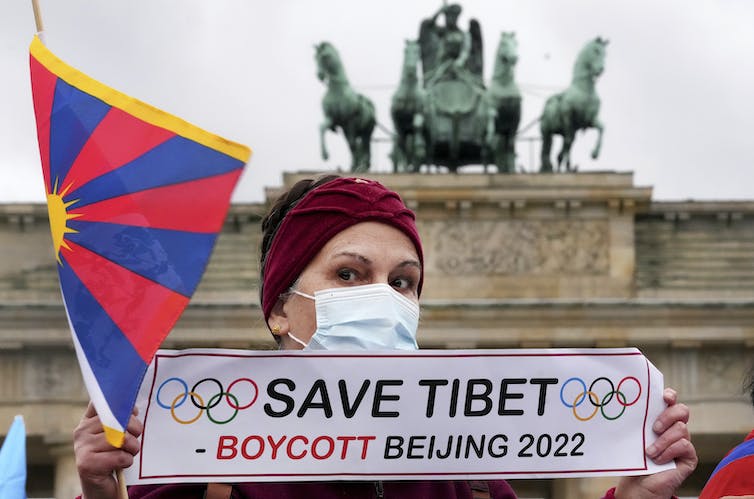 Protesters and activists gathered in front of the Brandenburg Gate in Berlin on Jan. 4 to protest against the Beijing Olympic Games and call on Germany to diplomatically boycott the Winter Olympics.

But there’s a lot for athletes to comment on — from the obvious attempt of Chinese authorities to subvert their freedom of speech to the well-documented human rights abuses unfolding against Tibetans, Uyghurs, Southern Mongolians and Hong Kongers and the all-too-common persecution of human rights defenders.

The IOC Athletes’ Commission is a group of retired athletes whose stated purpose is to ensure that athletes’ viewpoints are “at the heart of Olympic movement decisions.”

The effectiveness of the Athletes’ Commission is limited at best. As R.A., an anonymous commission member explained, many members have experienced powerlessness at the hands of international federations and are unlikely to “rock the boat,” while others “don’t want to bite the hand that feeds them.”

Whether Athletes’ Commission members are free to express their views is also an open question.

In early 2020, as the world dealt with COVID-19, some athletes challenged the IOC’s plans to host Tokyo 2020 in August. Canadian Athletes’ Commission member Hayley Wickenheiser called for postponement. The IOC promptly sent her a personal message saying it was “a pity” that she spoke out without asking them first. 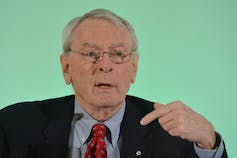 Dick Pound, a senior member of the International Olympic Committee, at a news conference in Munich, Germany in 2016.

Her rebuttal: “I didn’t know free speech had to go through the IOC.”

Clearly, the IOC wants to control athletes’ public statements. When R.A. was about to publish a critical article in an Olympic magazine, they were subjected to an unsuccessful attempt at censorship by a senior IOC member. He phoned R.A.’s private number to persuade them to tone down the article, and followed up by emailing a document that he thought would demonstrate that the critique was flawed.

The Olympic industry may not enjoy its privileges for much longer. Athlete advocacy groups and athlete unions — like the World Players Association, Athleten Deutchland, Global Athlete and others — have been mobilizing to protect athletes’ rights, with some notable successes.

The IOC has been the target of global criticism, inside and outside of sport, because of its recent selection of three host cities under authoritarian regimes — Beijing in 2008 and 2022, and Sochi in 2014 — with full knowledge of the human rights violations perpetuated by these governments.

Since Olympic industry propaganda relies on winning hearts and minds, can it survive the damage to its brand that the protests of athletes and activists are generating?