Socialism increasingly seen as 'badge of pride' in the United States 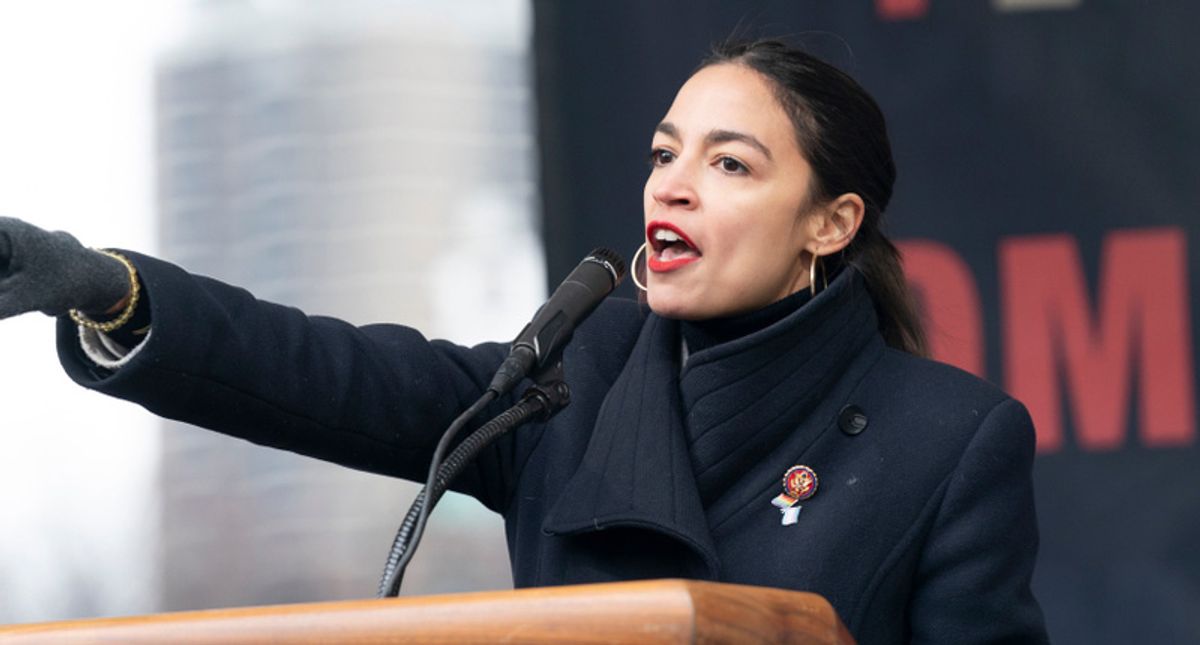 While a majority of U.S. adults still have more positive than negative perceptions of capitalism, less than half of the country's 18 to 34-year-olds view the profit-maximizing market system favorably, and the attractiveness of socialism continues to increase among people over 35, according to a new poll released Friday.

The online survey, conducted June 11-25 by Momentive on behalf of Axios, found that 57% of U.S. adults view capitalism in a positive light, down from 61% in January 2019, when the news outlet first polled on these questions. Then and now, 36% are critical of the exploitation of the working class and the environment by the owning class.

Perceptions of capitalism have remained consistent among adults ages 35 and older, meaning that the system's dwindling popularity is driven by the nation's young adults. According to the poll, 18 to 34-year-olds today are almost equally likely to hold a negative opinion of capitalism as a positive one (46% vs. 49%). Just two years ago, that margin was 38% vs. 58%.

Perhaps unsurprisingly given the severity of the climate emergency, capitalism is particularly unpopular among 18 to 24-year-olds, with negative views outweighing positive views by a margin of 54% to 42%.

Even young Republicans appear to be changing their views. Whereas 81% of Republicans and GOP-leaners between the ages of 18 and 34 perceived capitalism positively in 2019, that figure has plummeted to 66% in 2021.

Between the January 2019 poll and the latest survey, the world has been rocked by severe public health and economic crises caused by the Covid-19 pandemic. Jon Cohen, the chief research officer for Momentive, predicted that "the pandemic is sure to have lasting impact for decades to come."

As a result of the deadly catastrophe that has unfolded over the past year and a half, Axios argued, millions of Americans have been forced "to re-evaluate their political and economic worldview."

The news outlet attributed shifting views to two factors. First, the coronavirus crisis exposed profound injustices in the U.S. and globally. And second, government responses to the calamity demonstrated the extent to which state intervention has the potential to mitigate or exacerbate hardship.

Although 52% of Americans still take issue with socialism, the percentage of U.S. adults with favorable views of socialism increased from 39% in 2019 to 41% in 2021. While positive perceptions of socialism dipped slightly among young adults—from 55% two years ago to 51% now—that decline was offset by an increase in the number of adults over the age of 35 who view socialism in a positive light.

Socialism is especially appealing to Black Americans (60% now vs. 53% in 2019) and women (45% now vs. 41% in 2019), two groups that would benefit disproportionately from the downward redistribution of resources and power. Less than half of women in the U.S. (48%) view capitalism in a positive light, down from 51% two years ago. It is worth noting that working-class mothers have been hit particularly hard by the ongoing economic crisis, in large part due to a lack of affordable child care.

Deciphering the meanings of "capitalism" and "socialism" can be difficult, given that both are abstractions being interpreted by Americans through the highly distorted lens of more than a century of pro-capitalist and anti-socialist propaganda.

Looking beyond those terms, the survey found that 66% of U.S. adults want the federal government to implement policies to reduce the worsening gap between rich and poor. That's up from 62% in 2019, which is before the nation's 660 billionaires saw their combined fortunes surge by more than $1.1 trillion amid a devastating pandemic.

Two years ago, just 40% of Republicans under 35 said the government should pursue policies that close widening gulfs in income and wealth. Today, 56% of people in that group want lawmakers to curb inequality.

"Politicians looking to attack opponents to their left can no longer use the word 'socialist' as an all-purpose pejorative," noted Axios. "Increasingly, it's worn as a badge of pride."