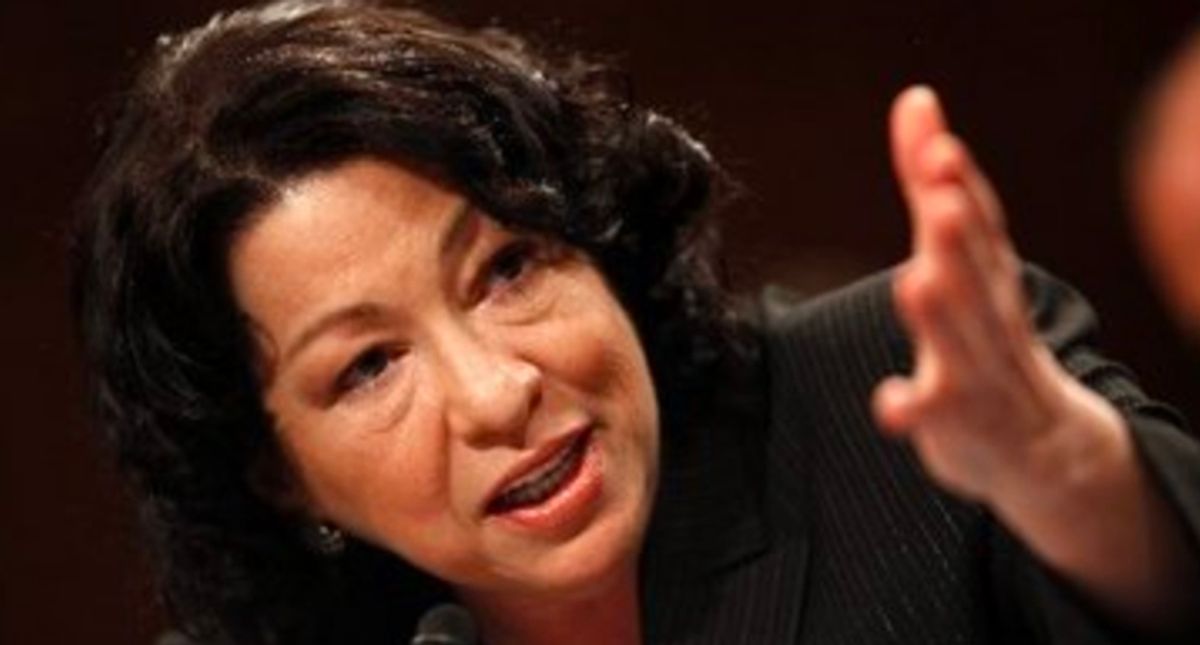 U.S. Supreme Court Justice Sonia Sotomayor delivered a strong warning to the American people and a strong rebuke of Justice Brett Kavanaugh and the newest far right wing Justices on the Trump-shaped conservative-majority Court in a blistering but brilliant dissent handed down Thursday.

Justice Sotomayor warned this newly-constructed Court, unevenly weighted with six justices (ranging from highly conservative to far right wing religious extremist,) is "willing to overrule precedent without even acknowledging it is doing so, much less providing any special justification."

That warning is similar to those posed by legal experts from the left who were extremely opposed to then-President Donald Trump's final Supreme Court nominee, Amy Coney Barrett. Justice Barrett's judicial opinions made clear she will not honor precedent, known as stare decisis. Without that legal guardrail many decidedly settled law targets of conservatives, from the right to choose an abortion to the right to marry, could be struck down by the "Trump Court."

The case Justice Sotomayor used to deliver her warning and her criticism of Justice Kavanaugh, is Jones v. Mississippi. It centers on a 15-year old boy who murdered his grandfather, claimed self defense, and was sentenced to life in prison. The U.S. Supreme Court has ruled life in prison for minors convicted of "non-homicide crimes" constitutes cruel and unusual punishment, unless that minor has been found to be "incorrigible," or unable to be rehabilitated. (The ACLU's position is regardless of the type of crime, life in prison for minors is cruel and unusual.)

On Thursday Justice Kavanaugh, who himself has a history of disturbing acts in college, as his confirmation hearing proved, wrote the 6-3 majority opinion in which he upheld the lower court ruling that the defendant was rightly sentenced to life in prison despite no finding of whether or not he is able to be rehabilitated.

"How low this Court's respect for stare decisis has sunk," Justice Sotomayor warned.

"Not long ago, that doctrine was recognized as a pillar of the 'rule of law,' critical to 'keep the scale of justice even and steady, and not liable to waver with every new judge's opinion,'" she wrote, citing Kavanaugh's own opinion in a previous ruling.

"Now, it seems, the Court is willing to overrule precedent without even acknowledging it is doing so, much less providing any special justification. It is hard to see how that approach is 'founded in the law rather than in the proclivities of individuals,'" she added, again using Kavanaugh's own words against him.

She called the ruling a "contortion" of previous rulings, and writes: "As this Court has consistently reiterated, 'a departure from precedent demands special justification.'"

"The Court offers no such justification today. Nor could it," she charged.

"Instead of addressing these factors, the Court simply rewrites Miller and Montgomery," she observes, naming the two cases that provide the precedent today's ruling effectively overrules, "to say what the Court now wishes they had said, and then denies that it has done any such thing."

Slate's legal expert Mark Joseph Stern calls the ruling in the case "barbarous," Sotomayor's warning "ominous," and her criticism of Kavanaugh "one of the most savage passages she has ever written."

The U.S. Supreme Court has now made emphatically clear it is an activist court and "settled law" is fair game.

Civil rights activists, and the American people who value their rights, consider yourselves warned.