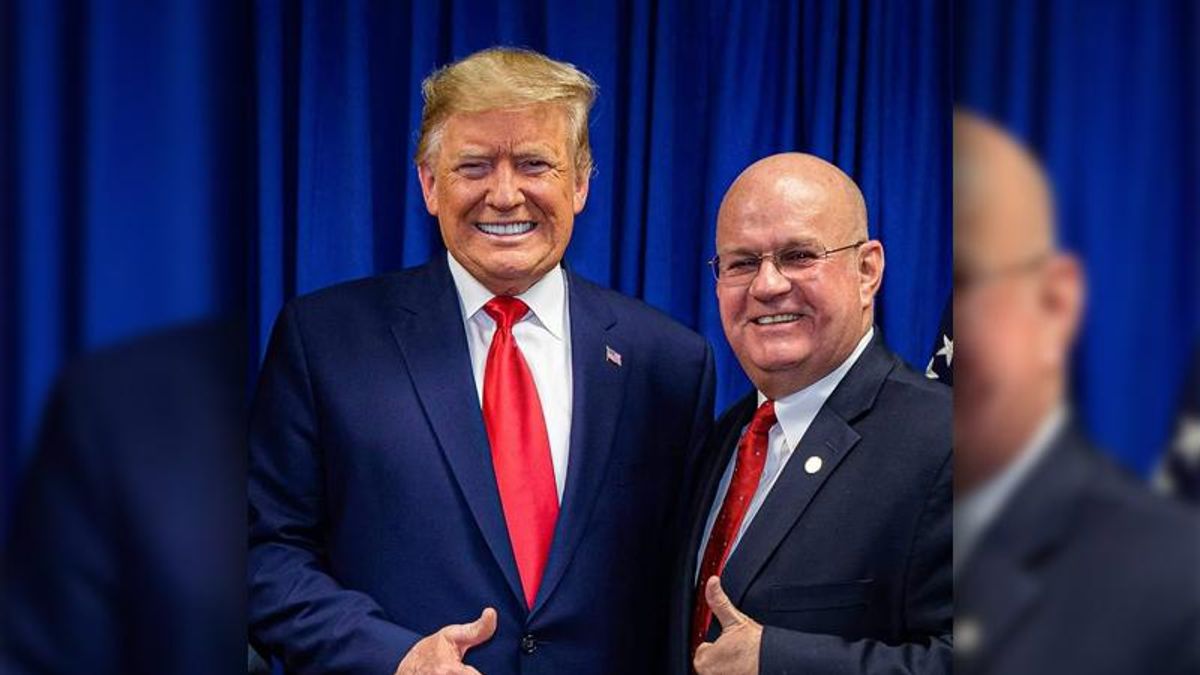 Stutts spent nearly a month in the hospital battling the virus, but according to Anderson County GOP's Dan Harvell, Stutts ultimately lost that battle.

Both Stutts and his wife were forced to go to the hospital when their oxygen levels dropped.

Wednesday, his family posted on Stutts' Facebook page that he was having a hard time fighting the virus.

"Pressley had another rough night in the hospital," the post said with a meme asking for "Prayers for Pressley" and his photo. "They are adjusting as needed to try to keep his levels stable. Most of the test results are the same (give or take) what they were yesterday."

A supporter of former President Donald Trump, Stutts posted on his Facebook page in July he shared a post that cited Dr. Leana Wen saying that the unvaccinated are a threat to national security. The Palmer Report shared her comments adding that he believes anti-vaxxers should be forced to get constantly tested or stay at home.

In June, he shared photos of an anti-mask protest and celebrated when the legislature voted against mandating masks, vaccines and testing for state workers.

"People should be free to get the vaccines they want. Free not to get it. But what's happening now is that there's a discrimination starting to take place," he told The Greenville News while at the protest.

"Great news from the SC legislature!!" he said. "Our friends in the House forced a vote yesterday on masks, vaccines, and tests. The first attempt failed, but they regrouped and passed it the 2nd time. Colleges that require the Covid vaccine will now be stripped of state money thru a budget proviso that passed, in the House. And, K-12 schools and colleges will be stripped of state money if they attempt to require masks or tests for Covid. A hard fought day, but a win for Liberty yesterday!"

The report also cited an earlier report that Stutts was a proponent for "freedom and liberty," and thus believed no one should be forced to wear a mask and get vaccinated.

He also shared a meme saying, "Delta variant is just code for 'too many of y'all aren't scared anymore.'"

See photos from the protest below: