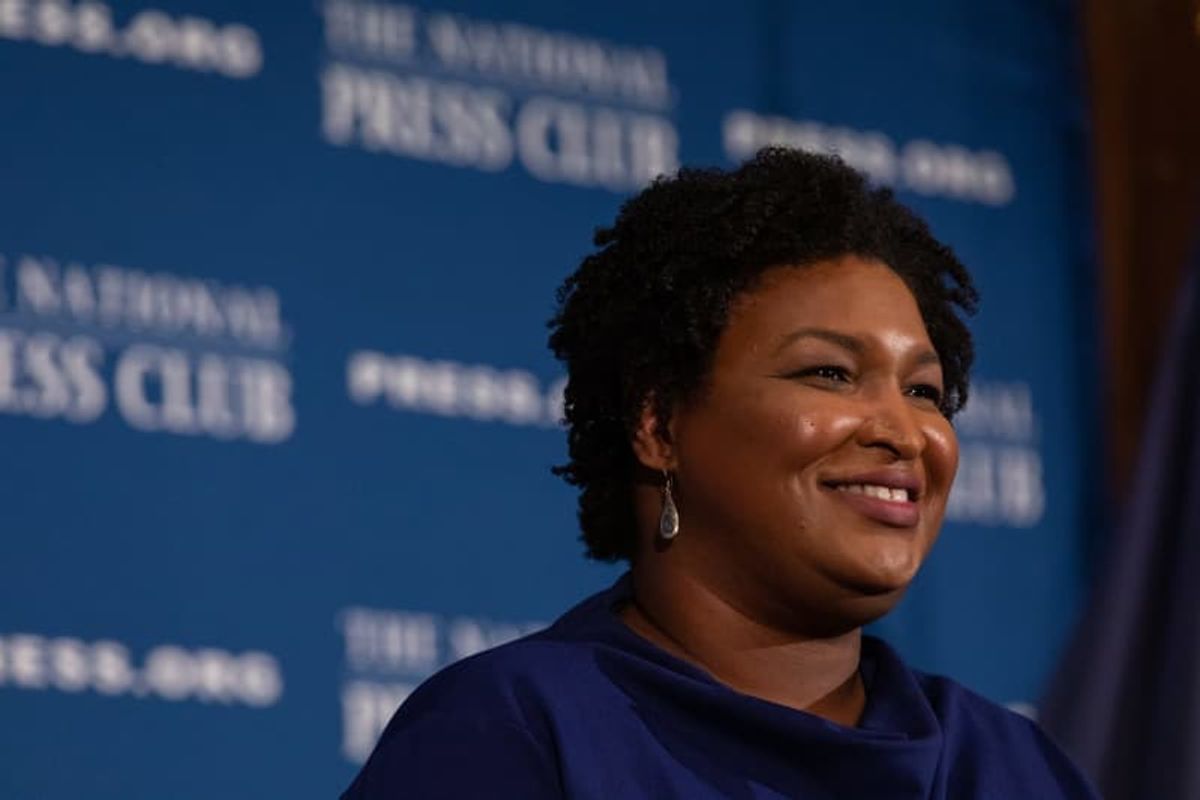 Democratic hero Stacey Abrams explained in a Washington Post opinion column that the accountability for the Capitol attack isn't enough as the FBI continues its investigations and the grand jury hands down further indictments.

In the piece, she makes the case that the only way to achieve any meaningful reform is to do something that "can undo the damage done — and establish a government that is truly representative of the people."

Republicans have worked for decades to weaken the electoral system in the United States and make voting as difficult as possible. Still, President Joe Biden and Vice President Kamala Harris made it. Now, it's time to take the steps necessary to ensure the sacred right to vote is protected for all Americans.

"Our democratic system faces extraordinary threats today because of sustained attacks from Republican leaders who throw up roadblocks to voting and, among the worst actors, stoke the flames of white supremacy and hyper-nationalism to cling to power," wrote Abrams. "There can be no clearer example than the covid-19 pandemic. The deaths of more than 450,000 people in the richest country in the world are symptomatic of a democracy in crisis and a political system that rewards cronyism over competence. Despite strong public support for the Centers for Disease Control's work, the Affordable Care Act, and other economic justice and safety-net policies that could save lives, millions nevertheless continue to contract the disease without adequate access to health care."

She explained that regardless of the claims that racism was "over" by Justice John Roberts, that no thinking person can possibly deny that communities of color have been targeted with additional challenges that their white counterparts don't have to battle when voting. The pandemic obviously made that worse

Her first step, she said, is to overhaul the filibuster, which she called a "cudgel against the needs of millions who struggle."

"Today, the parliamentary trick creates a more sinister threat to our nation: the ability of a minority of senators, who represent 41.5 million fewer people than the Senate majority, to block progress favored by most Americans," she said.

The next step is to pass the key pieces of legislation that would make it safer and easier for all Americans to vote.

"The agenda to restore democracy also includes passing the For the People Act to protect and expand voting rights, fight gerrymandering and reduce the influence of money in politics; the John Lewis Voting Rights Advancement Act to restore the full protections of the 1965 Voting Rights Act; and the Protecting Our Democracy Act to constrain the corruption of future presidents who deem themselves above the law," Abrams wrote of her legislative agenda. "These landmark bills have broad-based support, and would have passed long ago were it not for obstructionist leaders who fear losing their own influence if the American people have more power of their own."

She also advocated giving full citizenship to all Americans, including those living in Washington, D.C. and Puerto Rico, who don't have voting members of the House or Senate despite paying taxes like every other state in the country.

She noted that time is short as Democrats only have power for a short period of time and legislation must get through now because there's only so much time before the House enters election season for 2022.

"We don't know how many chances we will get to reverse our democracy's near-death experience. We must not waste this one. We must go big — the future of democracy demands it," Abrams closed.