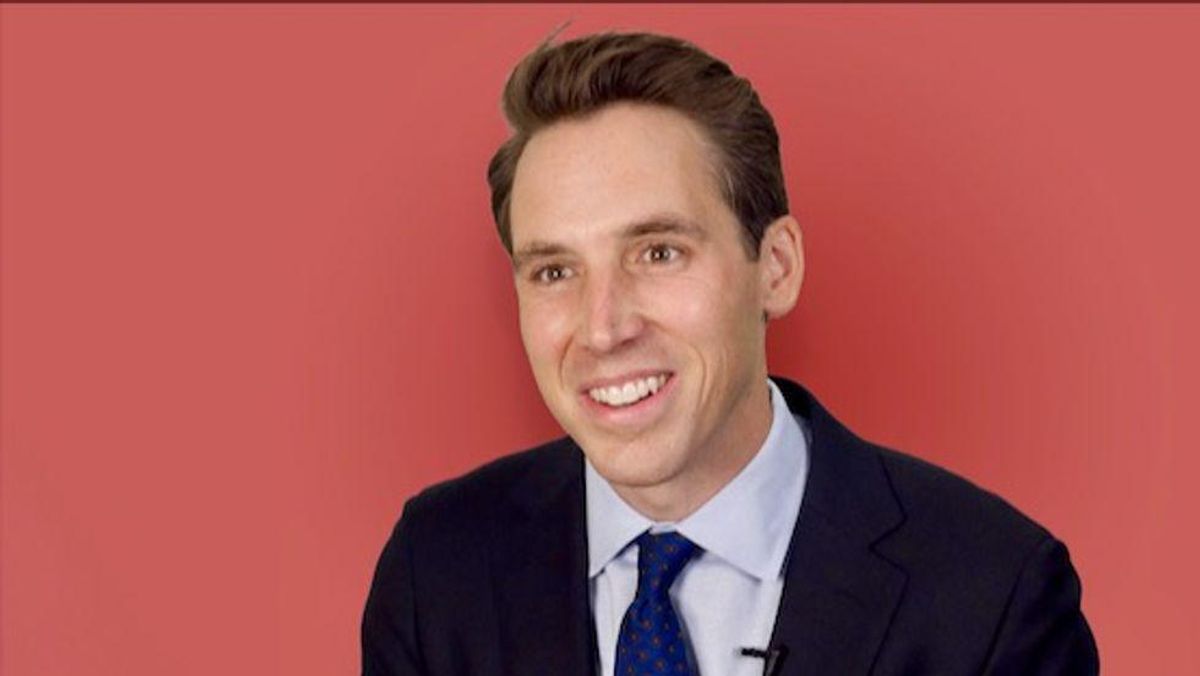 A Stanford Law graduate mocked the right-wing group The Federalist Society, so the student chapter is suing him and filed a complaint against him.

Slate.com reported Wednesday that the Stanford law student, Nicholas Wallace, sent a satirical flyer to a student listserv that was for debate and political commentary. It promoted a satirical event that would discuss the legal case for inciting an insurrection hosted by the local chapter of the Federalist Society.

While satire is covered in the First Amendment, the right-wing group wasn't laughing and they blocked the student from getting his law degree. The group is also suing Wallace saying that the satire "defamed" them and caused "harm."

"Wallace's email was designed to mock the Stanford Federalist Society for refusing to disavow the many Federalist Society luminaries who fomented the storming of the U.S. Capitol on Jan. 6, including [Sen. Josh] Hawley and [Texas Attorney General Ken] Paxton. It worked: The flyer went viral, prompting USA Today to confirm that it was, indeed, satire."

After Slate's report, Stanford revealed that they've rethought withholding Wallace's degree and they'll be giving it to him after all, and ignoring the Stanford Federalist Society's complaint.

"We followed our normal procedures and conducted a factual inquiry," Stanford said in a statement. "Given that this complaint raised issues of protected speech, we also consulted with legal counsel after we obtained the relevant facts. In cases where the complaint is filed in proximity to graduation, our normal procedure includes placing a graduation diploma hold on the respondent."

Both parties were then informed that the email indeed fell under protected speech and that Stanford wouldn't be filing any complaints. It's unclear if the Federalist Society student group will continue to pursue a lawsuit for the mock flyer.

The statement from Stanford also noted that they have seen a significant increase in complaints against free speech on their campus.

See the statement below:

🚨A Stanford spokesperson tells me the school will NOT move forward with the investigation into Nicholas Wallace for… https://t.co/Ox04qxAQ9n
— Mark Joseph Stern (@Mark Joseph Stern) 1622682373.0

SYDNEY (Reuters) -Downtown Sydney and the city's eastern suburbs, which include Bondi Beach, will go into a one week lockdown from midnight Friday as authorities struggle to contain a spike in the highly contagious Delta COVID-19 virus variant in the city.