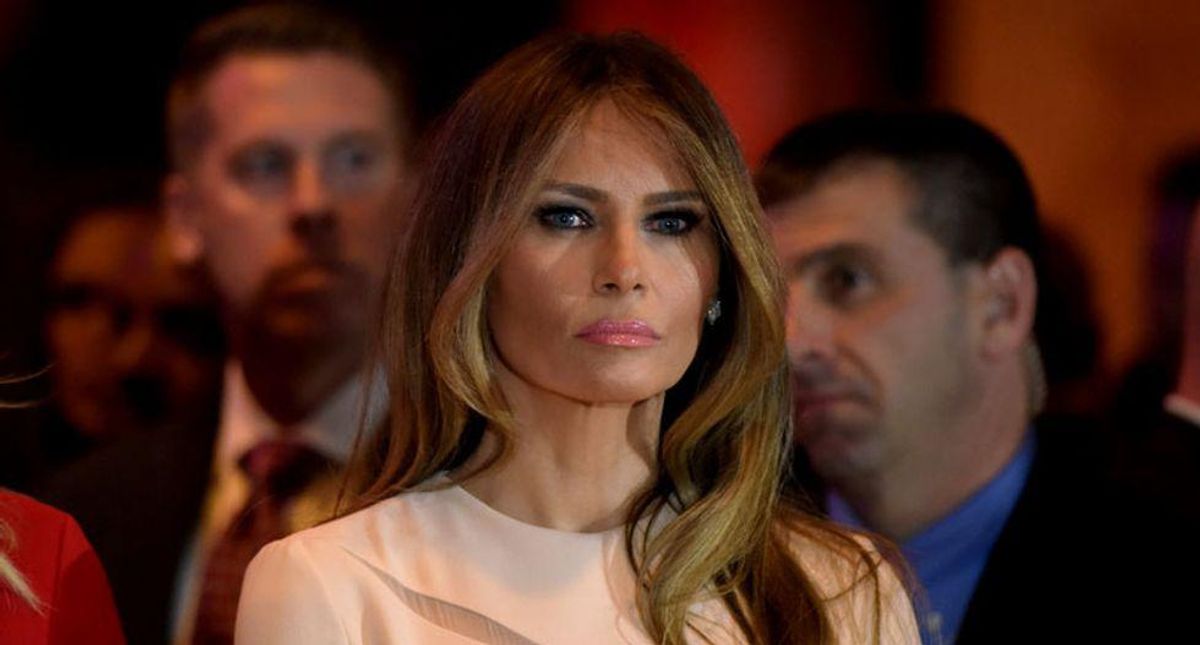 Melania Trump is lashing out after one of her former staffers delivered a brutal account of the former first lady's actions during the January 6th Capitol riots.

Politico reports that former White House Press Secretary Stephanie Grisham, who also served as Melania's chief of staff, writes in her new tell-all book that she tried to get the then-first lady to put out a statement denouncing violence that was taking place at the Capitol.

"Do you want to tweet that peaceful protests are the right of every American, but there is no place for lawlessness and violence?" Grisham asked her shortly after Trump supporters breached the Capitol building.

In a statement emailed to Politico, the former first lady levied a highly personal attack against Grisham.

"The intent behind this book is obvious. It is an attempt to redeem herself after a poor performance as press secretary, failed personal relationships, and unprofessional behavior in the White House," she wrote. "Through mistruth and betrayal, she seeks to gain relevance and money at the expense of Mrs. Trump."

In addition to revelations about Melania's actions during the Capitol riots, Grisham also documents how the former first lady refused to provide a traditional welcome to incoming first lady Jill Biden, as she apparently agreed with husband, then-President Donald Trump, that the 2020 election was illegitimate.