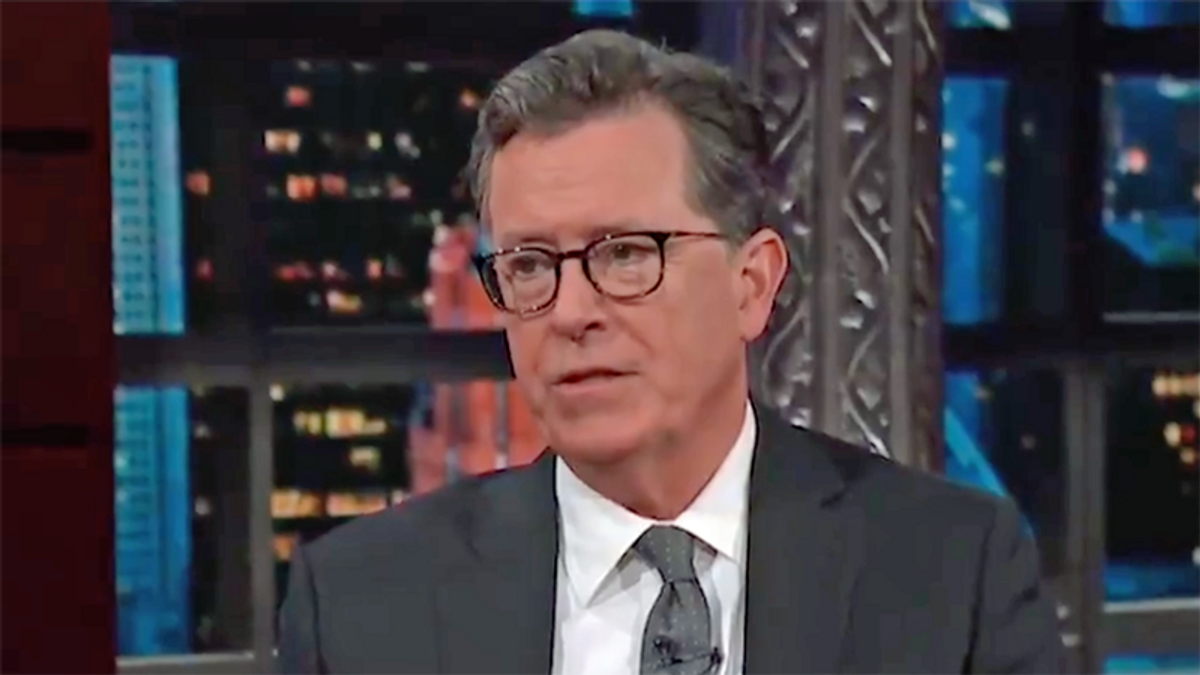 "The targets have been Republicans, particularly white, evangelical Republicans. African Americans and latinos," she said. "And surprise, surprise, it's the same three groups of people who are being targeted again with anti-vax information from a very small number of people and they seem determined to get that triad to not be vaccinated."

"And when it comes to the people of color, I get it, they don't care about those people. But, again, I go back to evangelical Republicans being the biggest target of this disinformation campaign," she explained. "I don't understand. I mean, the Trump following is in many ways fundamentally a cult. It's a cult in every sense and now it appears to be a sort-of Jim Jones era cult."

"That's ultimately where it ends," Colbert said. "If the leader doesn't care whether you live or die, that's a death cult."

Reid said that, "A religion is when your savior dies for you, a cult is when you're being asked to die for your savor. And unfortunately, that's where we're at with the Republican Party."

TONIGHT: @JoyAnnReid believes that the former President’s following is a cult that doesn’t care whether its members… https://t.co/0CtH1mFyYH
— The Late Show (@The Late Show) 1627692000.0