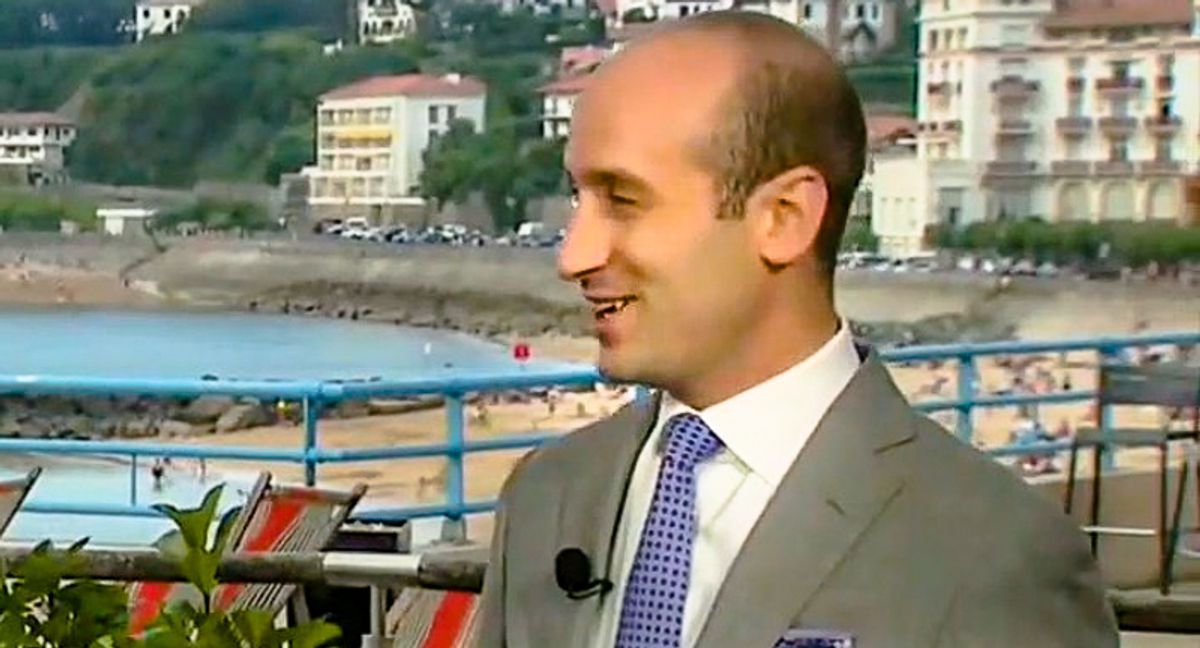 Former FBI Agent Asha Rangappa shot back at Miller remarking, that the terrorism the United States faced appeared to be homegrown.

It turns out the terror hotspots were Trump rallies, so.
— Asha Rangappa (@AshaRangappa_) January 20, 2021

Over the course of the four years in President Trump's administration, domestic extremism increased to such a level that it resulted in the attempted overthrow of the U.S. Congress by an insurrection attempt at the U.S. Capitol.

Anti-Defamation League CEO Jonathan Greenblatt wrote in TIME that such radical white supremacy will be the threat that outlasts Trump.

"In the five years since Donald Trump descended the escalator at Trump Tower and announced his candidacy for President, we have seen an unprecedented and abnormal rise of violent right-wing extremism in the United States and beyond," he wrote.

"Since 2016, the number of antisemitic incidents increased every year—hitting an all-time high in 2019," Greenblatt continued. "In 2018, we witnessed the deadliest anti-Semitic attack in U.S. history, the shooting at the Pittsburgh Tree of Life synagogue. Overall hate crimes have skyrocketed in recent years to the highest in over a decade, and bias-motivated murders reached a record high in 2019. Latinos were targeted and gunned down in El Paso in 2019. Anti-Asian hate crimes shot up last year, with almost 1900 recorded incidents. African Americans, already the most common target of hate crimes, reported a spike in bias crimes in the wake of George Floyd's murder by police."

It's unclear what Miller intends to do after leaving the Trump administration, but the Lincoln Project has pledged to follow him and other former officials and ensure their misdeeds are never forgotten.