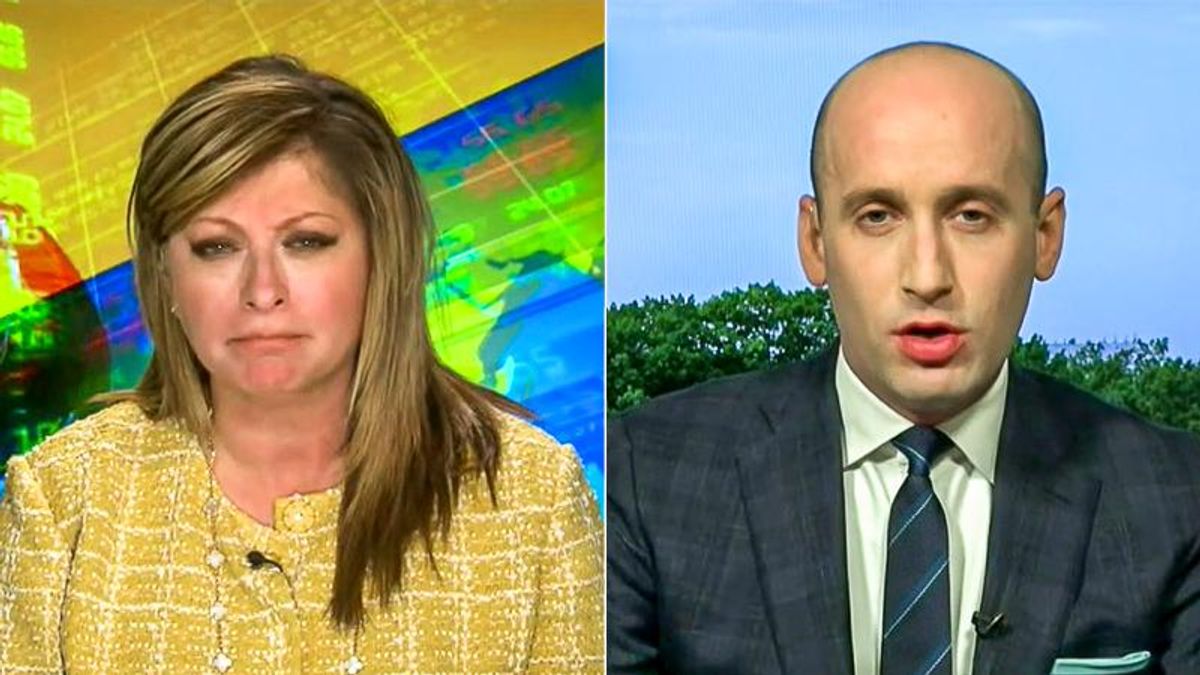 Former White House adviser Stephen Miller said on Sunday that he is suing the Biden administration to prevent Black people from having an unfair advantage over other races.

While speaking to Fox News host Maria Bartiromo, Miller argued that a COVID-19 relief law is unfair to white people because it allocated $5 billion to Black farmers who were denied federal aid due to discrimination.

According to Miller, white farmers -- who have traditionally gotten the bulk of federal aid -- should be able to receive the money that is set aside for Black farmers.

"We filed two lawsuits," Miller told Bartiromo. "One lawsuit to ensure that farm aid is delivered irrespective of one's race and ethnicity."

"The Biden administration has specifically excluded people solely based on skin color," he added. "That's outrageous."

Miller went on to describe a second lawsuit that he hopes will force the Biden administration to take harsh actions against migrants and undocumented immigrants.

"Imagine you were living in an apartment building and a new landlord came in and he ripped off all the doors, he ripped out all the windows and he said that any lawbreaker, any trespasser, any vandal, anyone -- even criminal -- who wants to come into your building and your unit is free to do so," Miller opined. "That is what President Biden has done to the country."