'We had this': Steve Bannon says Trump voters went cold for Larry Elder when he accepted Biden’s win 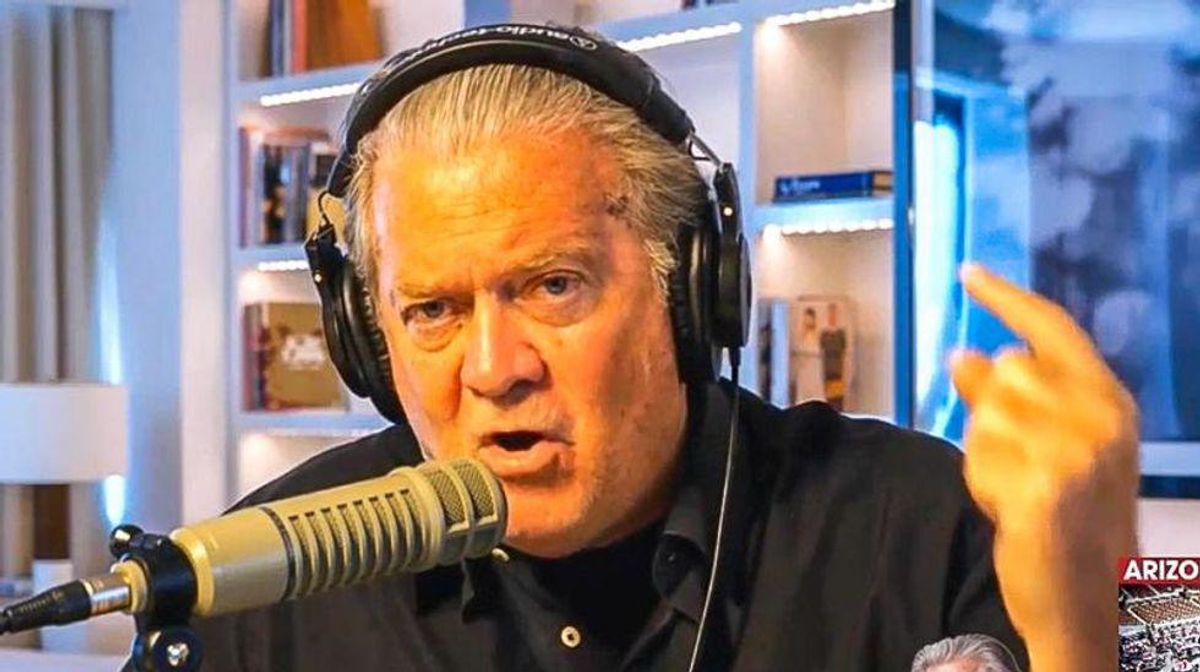 Conservative host Steve Bannon suggested that Larry Elder has himself to blame if the California recall election fails because he accepted former President Donald Trump's loss in the 2020 presidential election.

Bannon made the remarks on his Real America's Voice program moments after California polls opened on Tuesday.

"And the shift in the numbers over the last weeks are because the mainstream Republican conservative [establishment] got suckered into the Larry Elder train," he continued. "The only thing that is relevant is 50% plus one vote to remove Gavin Newsom from office."

Bannon accused Republicans of "snatching defeat from the jaws of victory."

"And Larry Elder, let me be blunt, three weeks ago when he said Joe Biden won the election and Trump didn't win, boom, all the sudden you felt the heat in the Trump movement start to drop for coming out here," he complained. "We had this. This was as close to a lock as you could get. We had these guys panicked."