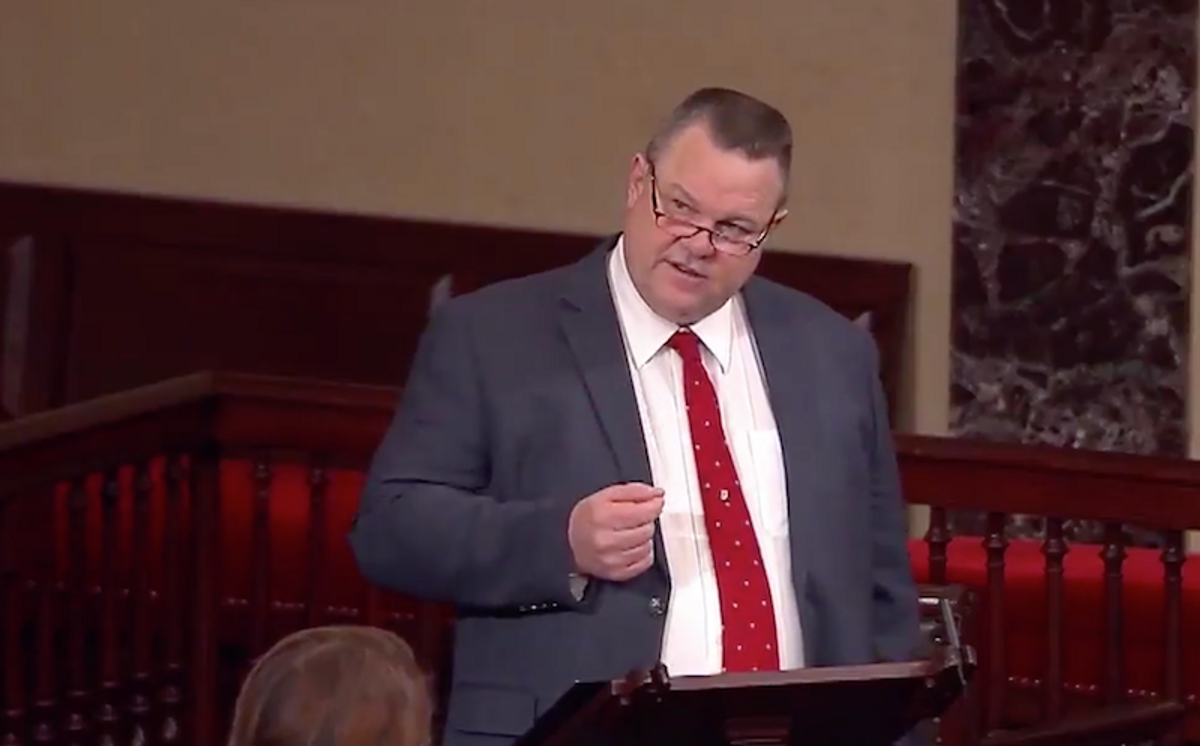 Montana Sen. Jon Tester (D-MT) schooled his fellow Montana officials on Monday as Republicans are slowly learning that being aligned with white supremacists and insurrectionists is a security problem, the Montana Free Press reported.

Sen. Steve Daines (R-MT), who said that he still supports President Donald Trump, downplayed the siege's severity on the Capitol last week and swore he had nothing to do with the attack. He played the "all sides are to blame," game.

It's a far cry from the text message he sent to supporters a few days after the 2020 election. "Dems are stealing the election. Trump needs our support. Give $5 & help us fight back now!" the text said.

"As recently as a few weeks ago, he said the election wasn't settled even though states had certified their results and Biden had won the popular vote and the Electoral College," reported The Bozeman Daily Chronicle over the weekend.

"When asked about how he reconciles his previous comments with Wednesday's events, Daines said, 'we've become a bit too cavalier in believing it's easy to distinguish campaign fundraising hyperbole from the work of governing.'"

Now Daines is backtracking, saying that everyone needs to tone things down. Suddenly Daines has discovered the "unity" that President-elect Joe Biden has been asking for since the election. While some Republicans abandoned their efforts to overthrow the 2020 election, Daines has changed his language to advocate for "an audit" of the election. It's an odd request after so many states already performed recounts and audits that Daines is requesting. It's unclear why he is unaware of those since they've been so widely reported.

Tester went on to say that members who continue to amplify Trump's election conspiracy theories should be held accountable.

"I think it's up to the chamber to figure out what the appropriate punishment is … but it could go anywhere from censure to getting expelled," Tester said.


Rep. Matt Rosendale, the Republican who is the state's lone member of the House of Representatives, did not backtrack after the insurrection and voted that night to overturn the 2020 election results.

Read the full report at the Montana Free Press.