'It's like Steve Scalise was choosing his words not to piss-off Trump': CNN host 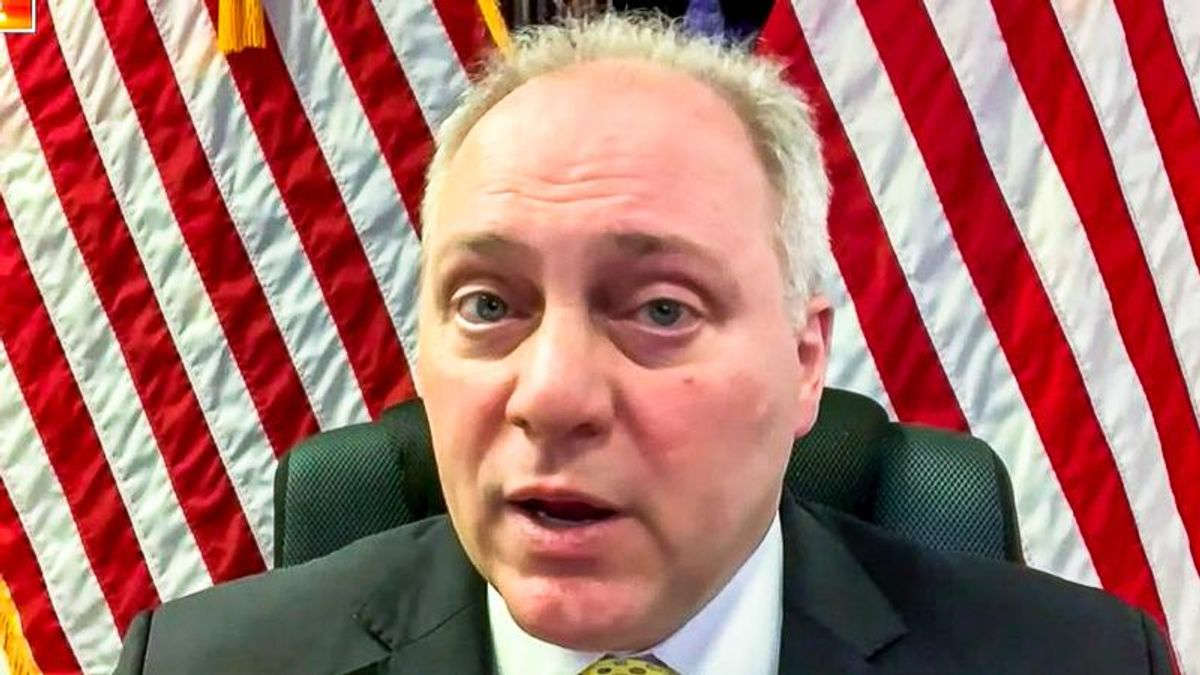 CNN host Pamela Brown thinks that Rep. Steve Scalise (R-LA) was trying to play both sides during his appearance on "This Week" Sunday.

"Ted Cruz in Texas isn't the only Republican lawmaker trying to spin his way out of an inconvenient truth," she said. "This morning, the No. 2 Republican in the House continued to push the big election lie more than three months after the fact."

"So, Republicans like Scalise are decrying the fact that executives and states Biden won changed election rules — executives like secretary of state or governor — because of the pandemic," said Brown. "Now, without the legislatures signing off. Why isn't he applying that same argument to battleground states where Trump won? In North Carolina, it was late-arriving ballots. In Texas and Ohio, it was drop boxes. This was all litigated, and everyone one of those states, some in favor of Democrats, some in favor of Republicans. It's one thing to say we want to change for future elections, but it's one thing to muddy the water to cast doubt on the entire election, which Biden won by more than 7 million votes."

The commentary came after Brown had a conversation with Ryan Lizza and former Trump administration's Sarah Isgur.

"It's almost like when Steve Scalise was on this morning — it's almost like he was choosing his words to not piss off Trump is essentially the vibe you're getting," Brown said. "We also have a fact check on what Steve Scalise said on the election coming up in the show."

See both videos below: